Experience the life of a soldier at the ‘Kampo Kagitingan’ exhibit 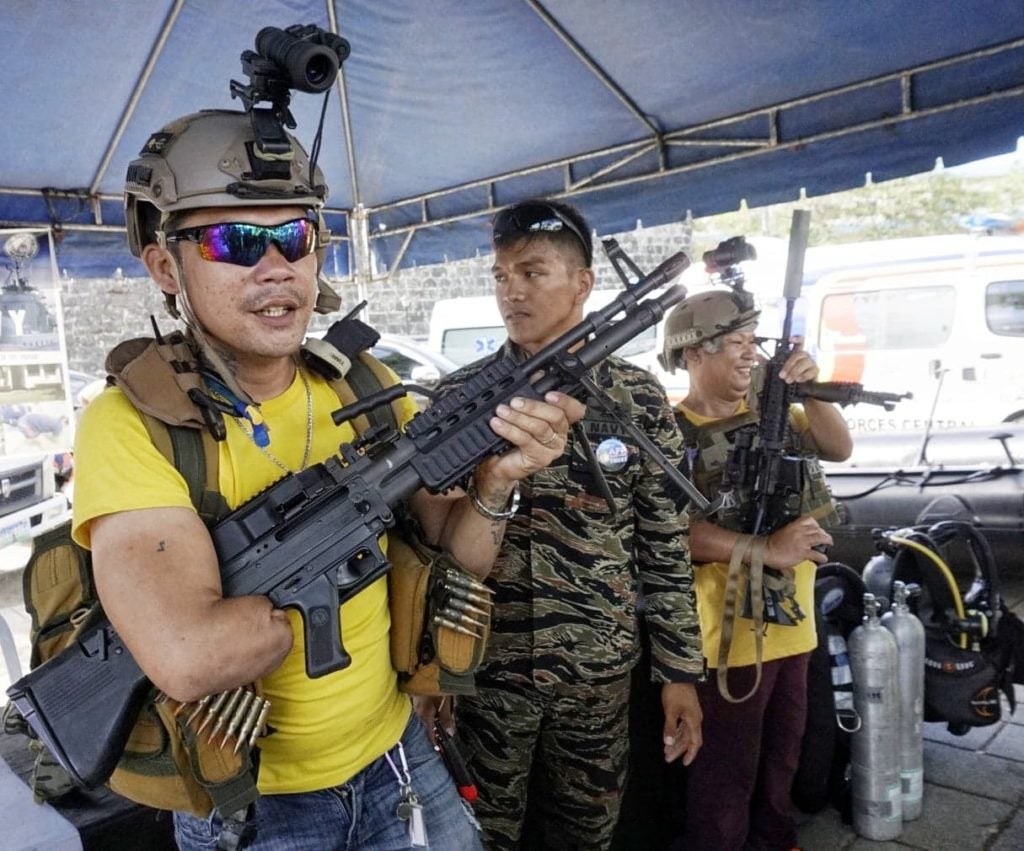 Spectators get to hold some of the riffles that were placed on display by the Philippine Navy at the Kampo ng Kagitingan exhibit held at the Plaza Independencia. The exhibit is one of the highlights of this year’s 77th Araw ng Kagitingan commemoration. /Tonee Despojo

CEBU CITY, Philippines — The Central Command of the Armed Forces of the Philippines (AFP) brought out some of their land and sea vehicles and high powered firearms.

They merely wanted to put on display some of their resources during the Kampo Kagitinagn stationary exhibit to showcase their capabilities against any threats to the region’s security and rescue missions, said Colonel Noel Baluyan, the commander of the Task Group Cebu of the 302nd Infantry Brigade.

“The display is not only for basic capabilities but also for humanitarian and rescue missions,” said Baluyan.

Centcom opened its exhibit at the Plaza Independencia grounds this morning, April 9, after the Cebu City government’s commemoration of the 77th Araw ng Kagitingan. The exhibit will be open to the public until 6 p.m.

On display are various ground weapons owned by the AFP and a makeshift trench that mimics a war zone. 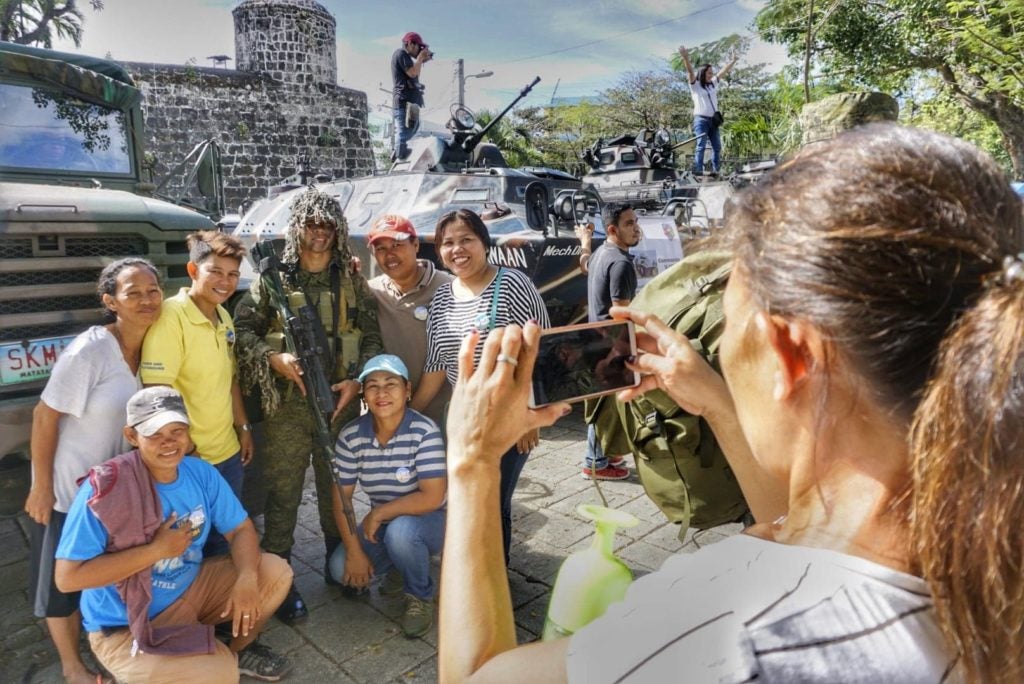 Soldiers, who were wearing their guerrilla uniforms, led a brief tour of the exhibit area and answered questions from the participants.

They also allowed spectators to hold some of their high powered firearms and have their pictures taken on top of their military tanks while others were allowed to board sea crafts, which they use in their rescue missions.

Baluyan, who attended the gathering on behalf of Major General Noel Clement, the commander of the AFP Central Command, hopes that the exhibit will help the civilians appreciate the sacrifices of the men in uniform.

He also read Clement’s message during the Araw ng Kagitingan program that was held earlier today.

Clement said that the Araw ng Kagitingan is a constant reminder of the men in uniform, the veterans, and the fallen soldiers who sacrificed their lives for the country’s freedom.

He said that the Visayans should never forget the courage and valor of the fallen soldiers and the veterans who took part in the World War II struggle and other wars in Philippine history.

In his message, Cebu City Vice Mayor Edgardo Labella asked Cebuanos to always remember the heroism of the fallen soldiers so that their bravery will remain to be an inspiration especially for the younger generation.

Aside from engaging in armed struggle, Labella said that modern day people also have social wars like the fight against corruption and illegal drugs proliferation that they should join in. /dcb