PDEA to intensify inspections in ports, terminals as Holy Week draws near 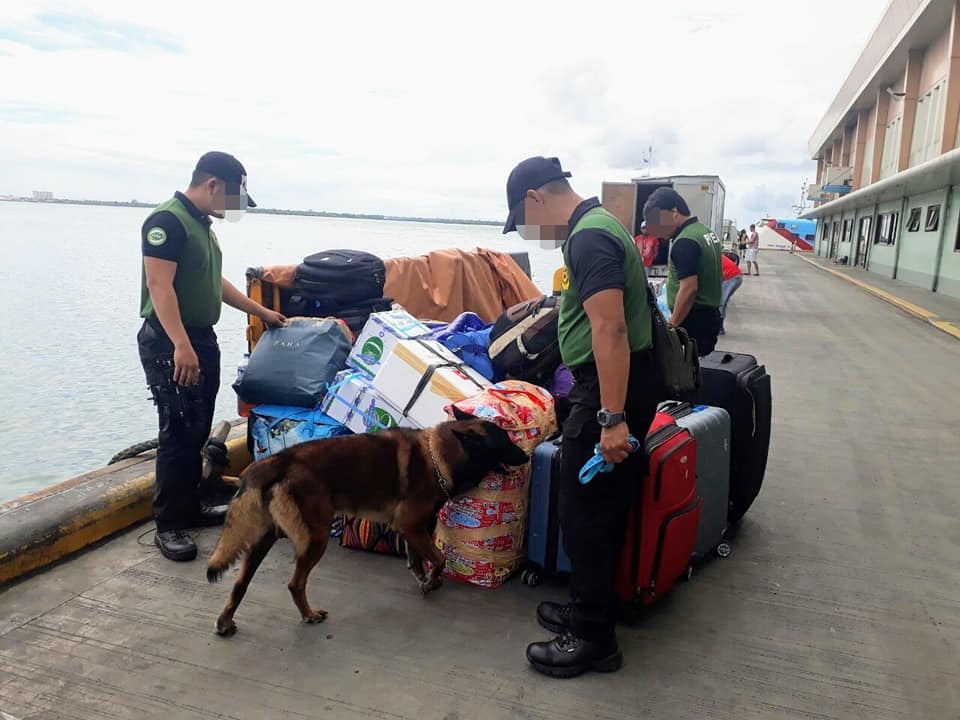 Agents of the Philippine Enforcement Agency in Central Visayas (PDEA-7) conducted an inspection on pieces of luggage arriving and departing from Cebu City ports as part of their interdiction efforts in ports and terminals./ PHOTO COURTESY OF PDEA RO VII Facebook page

CEBU CITY, Philippines —  Expect K9 units and teams from the Philippine Drug Enforcement Agency in Central Visayas (PDEA-7) in seaports, airports and bus terminals as the observance of Holy Week draws near.

Leia Albiar, information officer of PDEA-7, said their agency is already in full alert status for the Holy Week as they intensify their efforts in transport terminals to detect and intercept persons, who may take advantage of the busy season to smuggle illegal drugs in and out of Cebu.

“Director Wardley Getalla has instructed our agents to be on full alert during the Holy Week. PDEA operatives will also be deployed at the seaports, airports, and bus terminals to conduct inspections to intercept drug personalities who might take advantage of the Holy Week,” Albiar said in a message to CDN Digital.

Today, April 9, 2019, PDEA-7’s Seaport Interdiction Unit along with their K9 units conducted an inspection of baggage pieces, which arrived and departed from Terminals 1 and 3 of the Cebu City Ports.

In a post on its Facebook page, PDEA RO VII- Central Visayas, the agency said they did not find any illegal drugs in today’s inspection.

The teams also distributed PDEA pamphlets to passengers as part of their education and information drive on the ill effects of illegal drugs.

“We assure the public that there will be no letup in our anti-illegal drug efforts even during the holidays,” Albiar said.

In 2018, PDEA-7 also formed and deployed teams coupled with drug-sniffing dogs in airports, seaports and bus terminals to deter the entry and exit of illegal drugs.