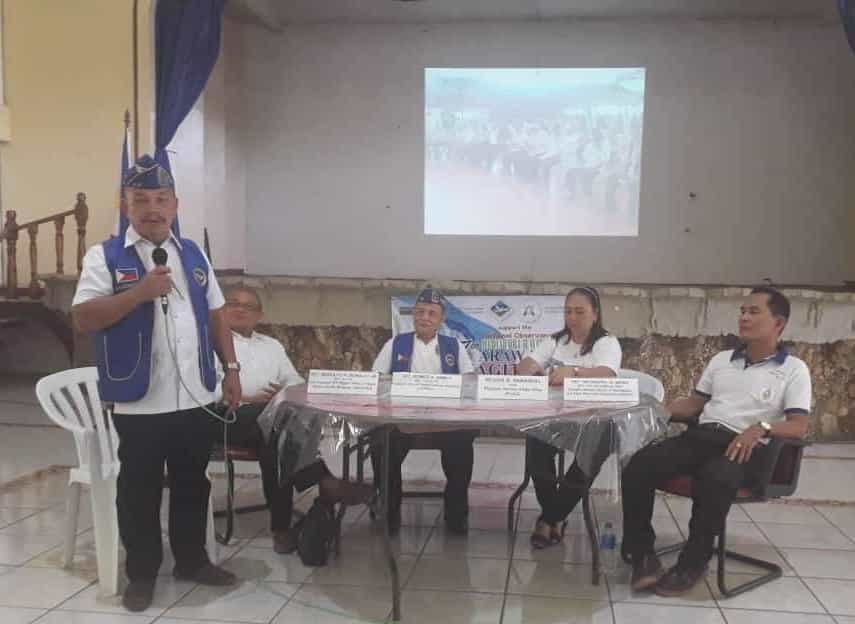 Rodulfo Buma-at Jr. (left), vice president of the Central Visayas office of the Veterans Federation of the Philippines (VFP-7), discusses a proposal to lower the age requirement for military pensioners to 60-years-old./CDN Digital File Photo

Rodulfo Buma-at Jr., vice president of the Veterans Federation of the Philippines Central Visayas office (VFP-7) said that the lowering of the pensioners age will allow the men in uniform who have retired from government service to immediately avail of government pension.

The retirement age for military personnel is set at 56-years-old.

Retired 2nd Lieutenant Buma-at, 62, said that if the pensioners age requirement is lowered to 60, retirees will only have to wait four years to avail of government pension instead of the usual nine years.

Ones they start to receive their pensions, retirees will already have the opportunity to enjoy the rest of their lives and make up for the years which they devoted in government service.

The lowering of pensioners age requirement is a common sentiment that he would hear in his discussions with other war veterans, Buma-at said.

Retired lieutenant Joel Trompeta of the VFP – 7 is also proposing an increase in their P5,000 monthly pension. He said that the government should come up with a scheme that will allow the automatic adjustment of their pension after a certain period of time. /dcb