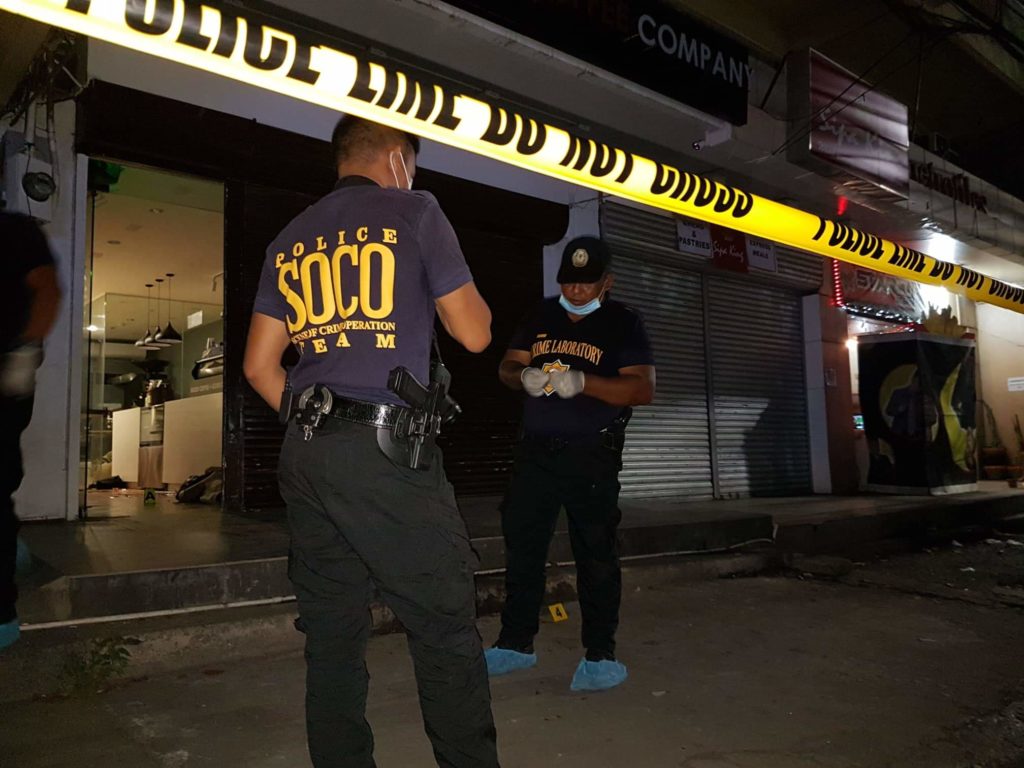 A pre-dawn shooting of a coffee shop on F. Ramos St. led to the death of two persons. One of them is Kis Tryvl Ramos, who is supposed to graduate on June 2019. | CDND Photo / Benjie Talisic

CEBU CITY, Philippines — A graduating student from the University of the Philippines Cebu (UP Cebu) was among the casualties during a pre-dawn shooting incident inside a coffee shop along F. Ramos, Cebu City on Thursday, April 11, 2019.

The victim was identified as Kis Tryvl Ramos, who is set to graduate with a bachelor’s degree in Pyschology this June 2019.

According to a post published by the College Editors Guild of the Philippines (CEGP) – Cebu chapter, Ramos was a former student leader and a writer for UP Cebu’s official student publication, Tug-ani.

“Kis was an employee at the Good Cup Coffee Company and was closing shop for the day when the shooters entered and shot her and her coworkers in the head,” CEGP – Cebu stated in their post.

“Kis, a BA Psychology major, was set to graduate from UP Cebu this June 2019. A former member of political mass organization Nagkahiusang Kusog sa Estudyante (NKE UP Cebu) and former writer of Tug-ani, Kis spent much of her college life serving the people,” they added.

CEGP condemned the death of Ramos, and called for a swift investigation to bring justice to Kis and for her coworkers who suffered the same fate.

“We will not stop calling for justice, for Kis and for her coworkers, and for all the victims of this senseless violence. Impunity has no place in this world,” the statement read. /celr