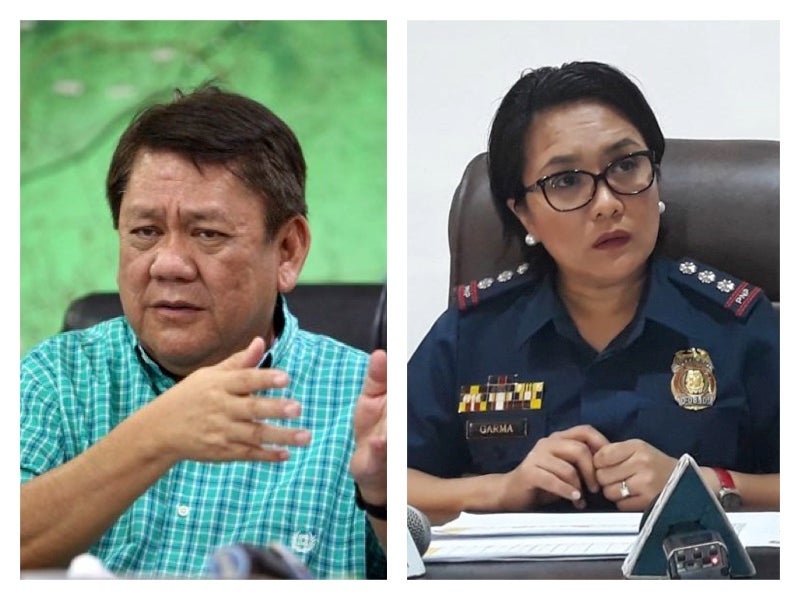 On a Facebook post on the evening of April 13, Osmeña claimed that masked men, whom he identified allegedly as “masked policemen,” went looking for Agsungot Barangay Captain Peter Damaolao in his home around 8 p.m.

Osmeña said that when the masked men learned that Damaolao wasn’t home, left without identifying themselves or their intentions.

He also claimed that 20 minutes after, three men also sought Buot-Taup Barangay Captain Richard Bacayan in his water-refilling station and left a live .45 pistol round in a bench outside the store.

The mayor claimed in his post that when this happened, a police checkpoint was being conducted a few meters away from the store, but none of the police officers manning the checkpoint noticed the pistol round.

“The police were right by the road leading to the refilling station when this happened. It is extremely suspicious that they did not ‘see’ anything. It is equally suspicious why they would approach Captain Damaolao’s house in the evening without announcing their intentions and refusing to identify themselves,” said Osmeña.

He said that he would be writing a letter to the Cebu City Police Office (CCPO) to demand that they identify the personnel, who went to the houses of the barangay chiefs.

This is the newest tirade of the mayor against the police following the strafing incidents of the houses of the chiefs of Barangays Malubog, Sudlon II, and Sinsin on April 4.

The mayor has submitted a memorandum to the CCPO on April 4 asking Police Colonel Royina Garma, CCPO director, that policemen conducting operations must not wear masks to assure the public of the legitimacy of their operations.

Read more: PNP chief to Osmeña’s claims of cops being ‘used by politicians’: Give us proof

However, General Oscar Albayalde, Philippine National Police (PNP) director, said in an interview on April 11, that he was concerned with the police officers safety if they would not wear face masks especially intelligence officers and even police assets, who would need to hide their identities.

Albayalde said that if it would be up to him, police conducting operations should wear face masks to keep their identities hidden.

“The wearing [of] full masks actually depends on the seriousness of the operation. Sometimes the wearing of the mask is to protect also the operatives… Also, may tinatawag tayo na intelligence officers and we have to protect their identities,” said Albayalde.

Also on April 4, Osmeña also warned the police that if in 10 days, they could not solve the strafing incidents, he would blame the police for being the perpetrators of the crime.

Today, April 14, is the last day of the 10-day deadline given by Mayor Osmeña to the police to solve the strafing incidents, an ultimatum that Garma called a “childish” way to solve something.

Garma said then that in order to conduct a good investigation police should not be pressured, it should not be rushed, and police-community cooperation would be needed.

On his latest post, Osmena warned police of his actions if they would refuse to identify the men involved in the latest alleged harassment incidents.

“If they refuse to help identify the men who left the live round behind or update the people on who was responsible for the three strafing incidents that occurred last week, then it is obvious that police leadership is complicit if not outright responsible for these events,” said Osmeña.