PADS’ deaf paddler: Barriers are just a state of mind 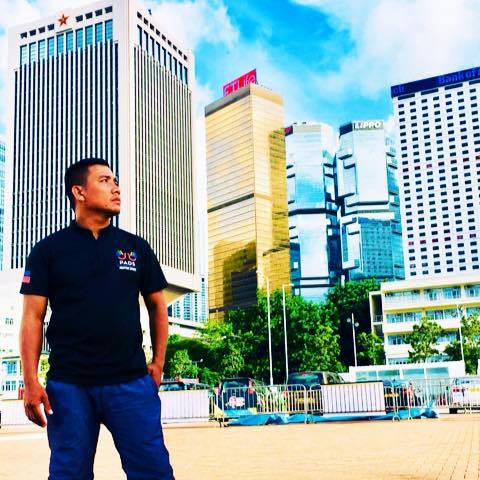 Cebu City, Philippines— Barriers are just a state of mind.

Cebuano Denven Verano proved this as he continues to show everyone that being differently abled is not a hindrance to work and play.

The 34-year-old Verano, who is deaf mute, has been working in the hotel industry for two years as part of the housekeeping department. Aside from that, he is also keeping himself busy with other stuff such as running, trekking, mountain climbing, and just recently, competing in dragon boat races.

In last week’s episode of the weekly CDN Sportstalk, Verano shared how he is enjoying dragon boat racing and how it is helping him personally.

Maunes was also at the show to talk about the upcoming Cebu Dragonboat Regatta this May 4 and 5 at the seas off the Il Corso at the South Road Properties.

Verano did admit that it was a struggle at first.

“Some can’t imagine us enganging in this sport,” he said. “But when the team started to win championships, we changed the perspective of people. [We proved] that we can also complete with abled teams.”

Verano is now a member of the PADS Adaptive Dragonboat Racing Team and he said that being part of the team gave him an extra boost of confidence.

He has been part of PADS since 2011 and has been the core deaf facilitator ever since.

Verano has been representing not just the differently abled persons but also the country in  races here and abroad.

“Being able to represent the Philippines makes me truly proud as a deaf person. Using my eyes as ears, it really inspires me as a person,” he said.

But how did he cope with the tests along the way?

He said it patience, determination and team work played a huge role in his success so far.

“I’ve learned from our coach that I am not the only one in the receiving end. I have to contribute also to the team, not to think negatively of myself,” he said.

Although he is doing these things for him and his family, Verano, who is from Banawa, also hopes that his story will inspire others like him to enjoy life to the fullest and try sports like dragon boat racing.

“I invite deaf people to try, to please try the sport. There’s no harm in trying. Barriers are just a state of mind,” said Verano.

Verano also thanked the management of Quest Hotel and Conference Center Cebu, where he works. He said Quest has supported him in his chosen sport, allowing him to adjust his schedules to attend to his practices and races. /bmjo

Read Next
Labella: I will face Osmeña in a debate