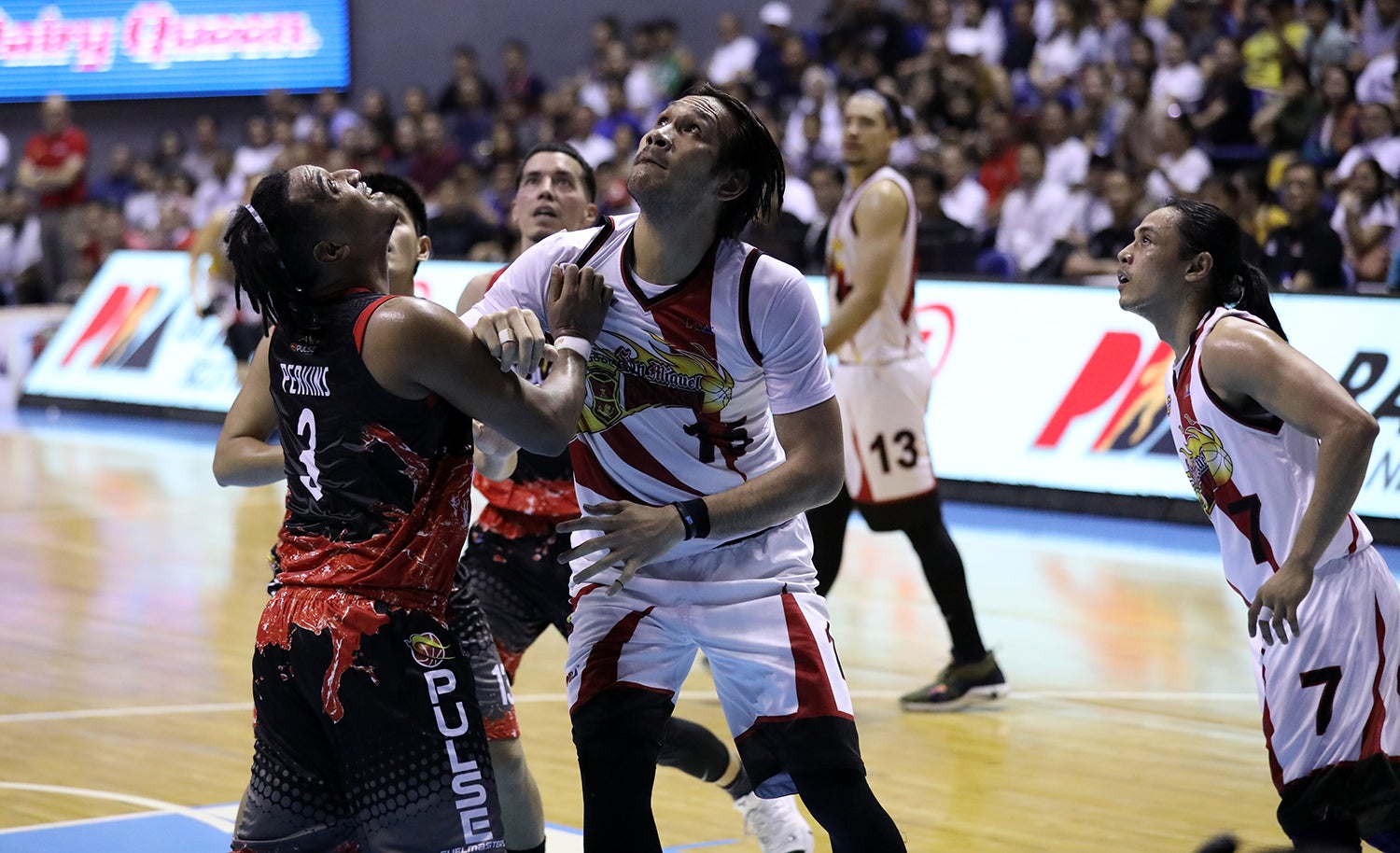 Once again, San Miguel Beer found itself stymied by the handcuff-like defense of Phoenix Pulse.

And once again, the Beermen found a way to thwart the Fuel Masters.

Marcio Lassiter hit a key three-pointer going into the final two minutes and San Miguel Beer proved steadier in the clutch to score a 92-82 victory over Phoenix Monday night for a 2-0 lead in their PBA Philippine Cup semifinal duel at Smart Araneta Coliseum.

Lassiter’s three put the Beermen ahead, 84-80, after they had trailed by as many as 12 early in the game, and the Beermen also got a key break when a fouled-out Calvin Abueva further dented Phoenix’s hopes with a crucial boo-boo.

Abueva was slapped with his last foul on a June Mar Fajardo attempt and the energetic forward sprinted straight to the dugout instead of heading for the bench. That drew a delay of game technical—Phoenix had already committed a similar infraction earlier—and Alex Cabagnot knocked in the free throw to make it 85-80.

Fajardo then split his free throws off the Abueva foul to make it a six-point lead in the final 1:10. Lassiter hit the dagger thirty seconds later to stretch the lead to eight and send Phoenix into the Holy Week break on the wings of desperation.

“Obviously, it’s not over yet,” Lassiter said after compiling 24 points and seven rebounds. He scored 17 of his total in the second half. “We still need two more wins and it’s going to be a dogfight.”

Game 3 of the series takes place on Easter Sunday.

Fajardo, after being held below double digits for the first time in the tournament in Game 1, had 19 points, 18 rebounds, four assists and three blocks as he soldiered past a punishing Phoenix defense down low.

Fajardo and Lassiter came out strong in the third, where they combined to tie the game going into the payoff period after trailing for most of the first half.

“We knew that in the first half we weren’t playing the way we should,” said Lassiter. “We knew in the second half that we needed to play San Miguel basketball. Share the ball, make the extra pass, get stops and keep grinding and grinding it.”

Abueva led Phoenix with 16 points, 10 rebounds and six assists. But a game after spoiling an 18-point, 21-rebound night with 10 missed free throws, the double-edged sword of the Fuel Masters may have cost his team a shot at tying the series when he ran to the dugout after his sixth foul. He also weighed down Phoenix with seven turnovers for the night.