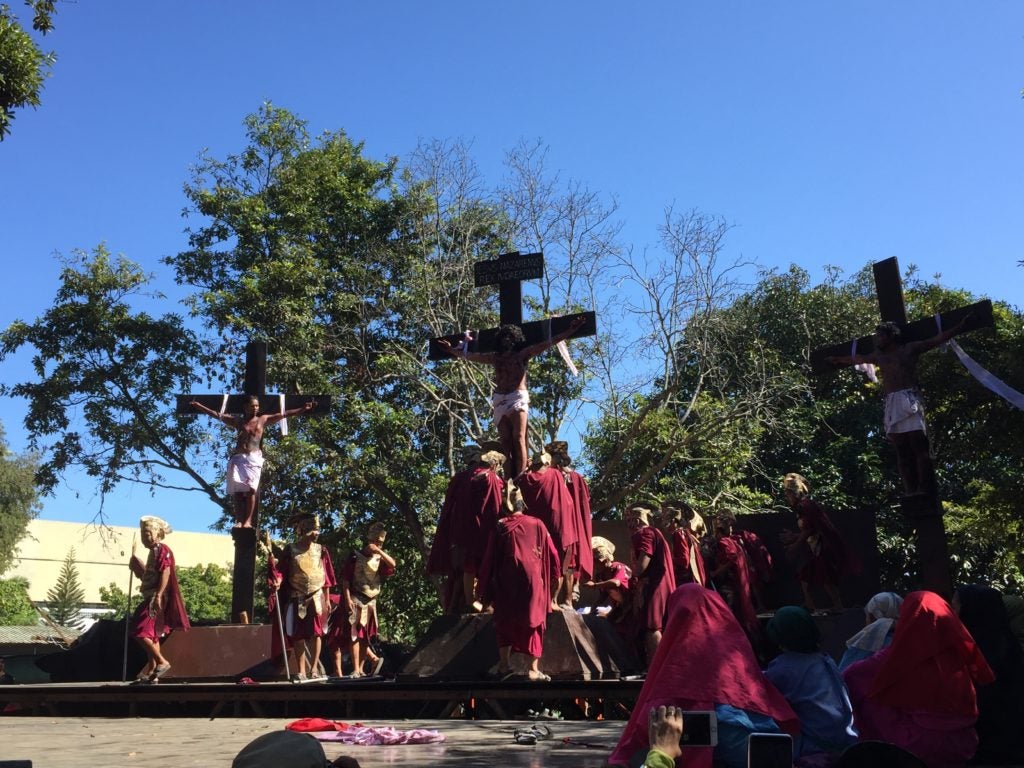 CEBU CITY, Philippines — The street play, Buhing Kalbaryo drew a crowd of at least 1,800 people on its 22nd year of bringing the Passion of Christ to downtown Cebu’s streets.

Project Director, Niel Odchigue, said drawing more people to the play had always been both a goal and a challenge for the production in the past few years.

He said the goal of the play would be to continue evolving and adapting through the years to fit into the new generation of audience and devotees who had grown to see the play not just as a theatre but also as a spiritual act.

“Every year we are looking forward to a greater number of spectators. I am grateful for the spectators who came despite the heat,” said Odchigue.

Odchigue said they faced various difficulties in the putting up of this year’s Buhing Kalbaryo mainly on securing for the necessary permits for the play which moves in a procession from Sawang Calero to Guadalupe.

During the play, the production also had technical difficulties when some of the microphones would not play.

Despite all of these, Odchigue said there was always a solution for every problem and as long as the Buhing Kalbaryo Foundation is united, the “show must go on.”

“These are temporary challenges that we face every year and we have always overcome. The key is planning ahead,” said Odchigue

Former Cebu City Mayor Michael Rama, the founder and chairman of the Buhing Kalbaryo Foundation, said that he was satisfied with this year’s Buhing Kalbaryo especially with the participation of many young new actors and actresses.

He said he was hoping that they could have a better sound system next year as the play experienced technical difficulties on stage and on the streets with their microphones.

Rama said that the play, true to its essence from its first production in 1997, is an offering to God and a reminder to the audience of the Passion of Christ, the kind of love that saved the world.

He said that the street play would continue to be better in the coming years especially for the upcoming 25th anniversary on 2022 when he would be hoping that the previous cast and directors would come together for a “grand” Buhing Kalbaryo./dbs

Read Next
How Cebuanos celebrate Good Friday in photos