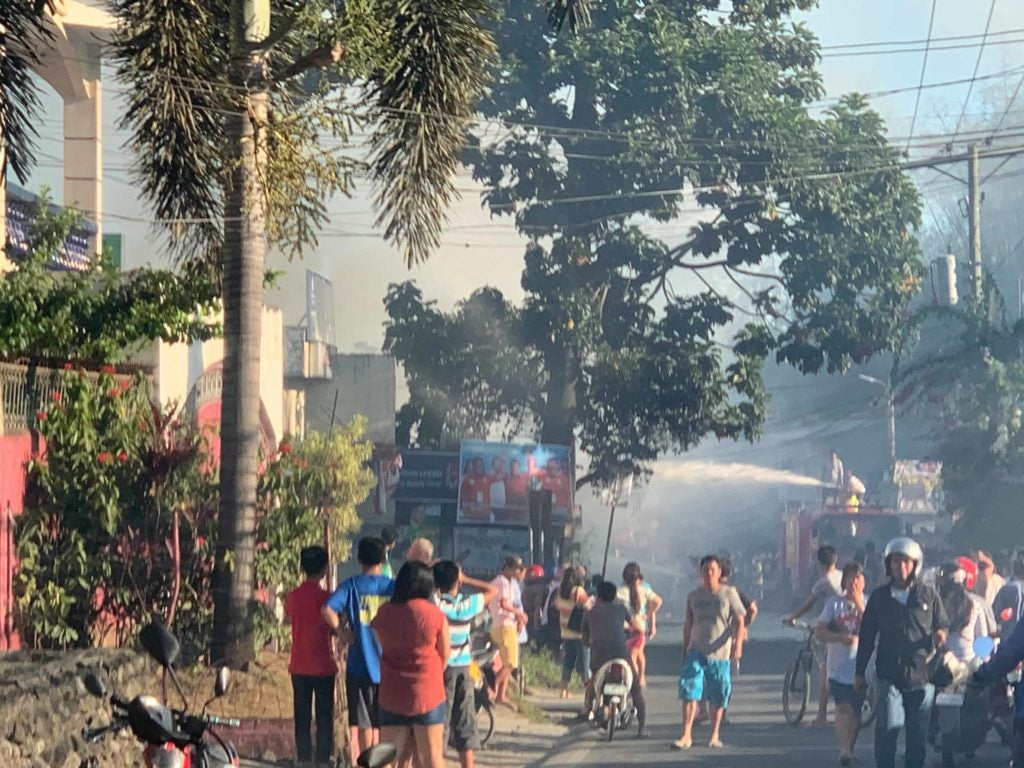 Firefighters train their hose on a burning A roasted chicken outlet in Barangay Bacayan, Cebu City on April 20. |Marc Cosep

FO3 Ferlando Iban, fire investigator, told CDN Digital that the fire started at 4:10 p.m. and was put under control 14 minutes after they responded to the fire alarm.

Iban said that the short electric wires that were connected and used in the Mr. Liempo stall could have caused a short circuit and started the fire.

A nearby house, owned by Jacky de Guzman, was also damaged by the fire.

The space that was occupied by the Mr. Liempo outlet was owned by Juniver Magalso.

Iban estimated the damage to property at P5,000.

No one was hurt in the fire./dbs