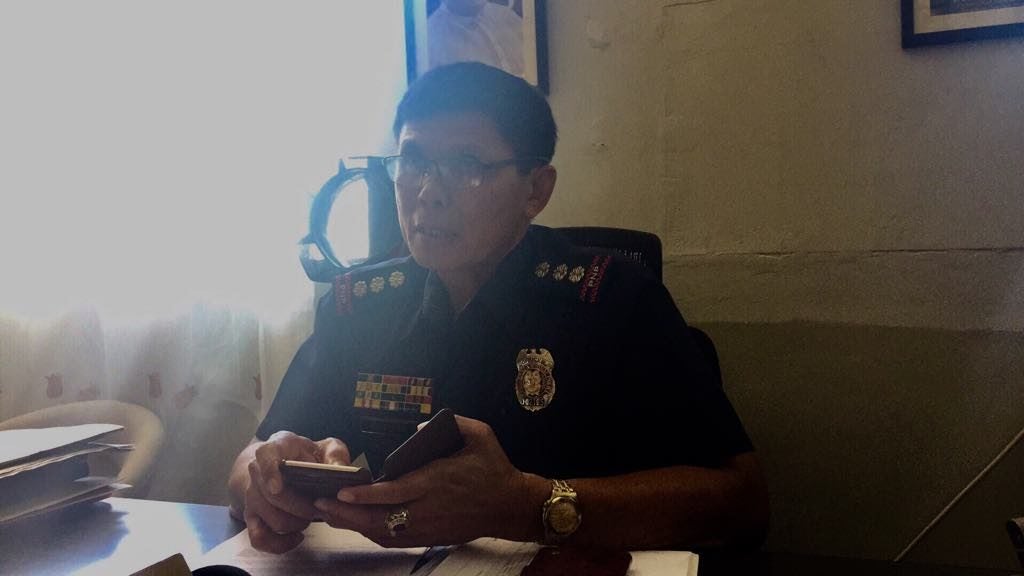 Colonel Julian Entoma, MCPO director, says they had identified the culprits in the four robberies during the Holy Week in Mandaue City. | Rosalie O. Abatayo

MANDAUE CITY,  Cebu — Mandaue City Police Office (MPCO) is now going after two men who are allegedly behind the four related robbery incidents in the city over the Holy Week.

Police Colonel Julian Entoma, director of MCPO, said they finally identified the culprits after closed-circuit television (CCTV) footage in the four establishments that were robbed matched the faces of the suspects.

The most recent robbery victim of the motorcycle-riding robbers, Entoma said, was a massage spa along A.C. Cortes Avenue in Barangay Ibabao-Estancia at 3:30 a.m. today, April 22.

Entoma said the suspects, who were riding a motorcycle during the robbery incidents, had also victimized two food kiosks and another massage spa in the city.

He said that the suspects were armed with a .38 caliber revolver and a .45 caliber pistol when they robbed the establishments.

(The other three robbery incidents in Police Station 4 — Banilad, Maguikay area and early this morning they robbed an establishment that belonged to Police Station 1. They were the same perpetrators. The CCTV helped a lot in identifying the culprits.)

According to Entoma, the CCTV installed in the establishments captured the faces of the suspects, who also matched with the profile of individuals they previously arrested for robbery.

(We traced them and we found out that these people had already been in jail for robbery. One of them is from Mandaue City and his partner is from Consolacion town. We will ask the complainant to execute an affidavit since we saw the footage of the CCTV then we compared them with our rogue’s gallery and it turned out positive that these were the robbers.)

Entoma said they were withholding the identities of the suspect as they were conducting an operation against them.

Aside from that they were also preparing to file charges against the suspects so that an arrest warrant would be issued and they could be arrested anytime then./dbs