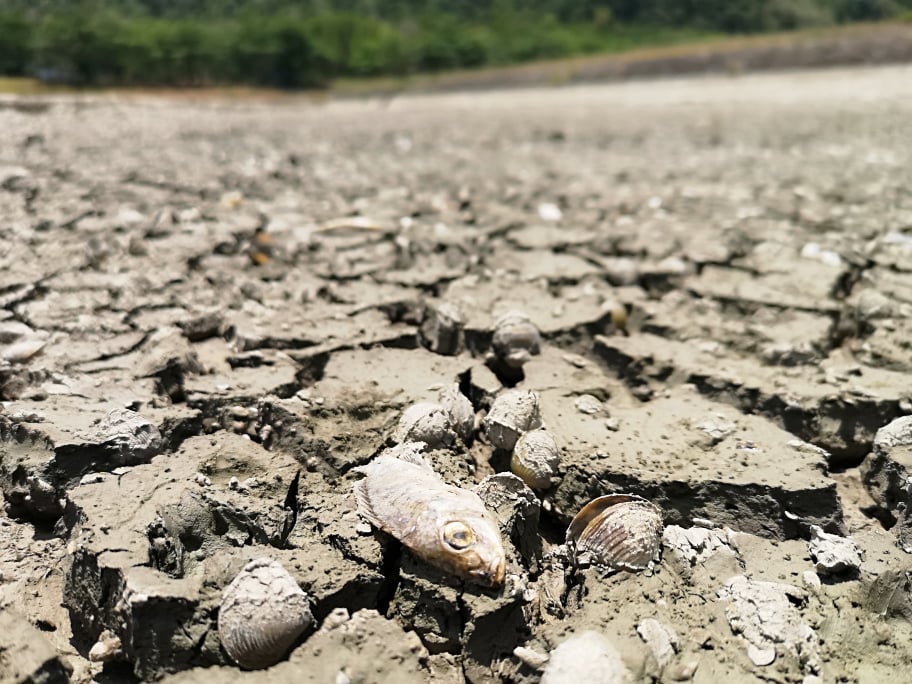 Its soil deposits are now visible after the extreme heat drained water from the Jaclupan dam in Cebu City./Tonee Despojo

The drop in its water production is now affecting at least 6, 000 households located in Cebu City’s uptown area including those that are in Barangays Sambag I and II that source water from the dam.

Kara said that with the dam’s decreased production level, they had to also shorten water service in these areas to only one to two hours per day.

To augment the existing water supply, MCWD sends their trucks to the two barangays to bring water to the residents./dcb