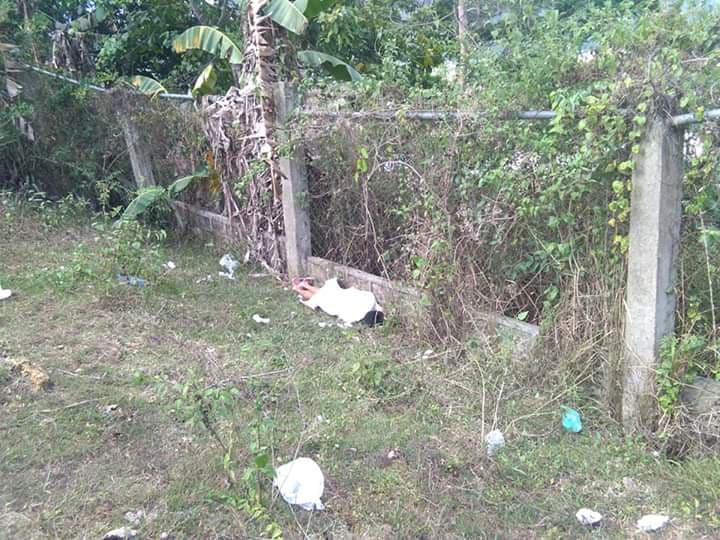 A neighbor found Mabini’s body dumped a few meters away from his home in the mountain barangay of Babag, Cebu City, Tuesday morning. /Contributed Photo

CEBU CITY, Philippines – The body of a man, who was later on identified as Raymud Mabini, was found in a slope located around 200 to 300 meters away from his home in the mountain barangay of Babag, Cebu City early today, April 23.

Police Staff Sergeant Mark Daclan of the Mabolo police station said they found several wounds on Mabini’s body but they are yet to determine what caused these through the conduct of an autopsy.

“We still do not know anything because he (Mabini) did not have any known conflicts with anyone,” Daclan told CDN Digital.

Mabini’s friends brought to social media their call for justice for his death.

“In memory of Raymund Mabini aka Rica Reyes, an LGBT and an active member of the Cebu City LGBT community who was murdered last night. #JusticeforRicaReyes,” Assistant Cebu City Assistant Administrator Annabeth Cuizon posted on her Facebook page this afternoon.

Daclan said that Mabini, 25, was last seen alive around 7 p.m. on Monday. He was on his way home then after visiting his older brother at the latter’s workplace that is also located within their barangay.

A neighbor who was about to defecate in the area found his body at around 8 a.m. today./dcb