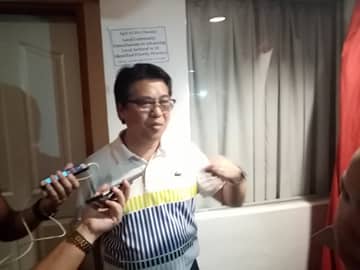 Secretary Noel Felongco of National Anti-Poverty Commission urge families to have their own garden for their own consumption. /Irene R. Sino Cruz

CEBU CITY–The government’s poverty alleviation program has to consider inputs from the marginalized sectors to come up with a wholistic solution to the problem.

Secretary Noel Felongco of the National Anti-Poverty Commission said they have been holding local community consultations in different provinces to identify what needs to be done to reduce poverty incidence.

The Philippine Statistics Authority (PSA) reported that the country’s poverty incidence in the first half of 2018 reached only 21 percent.

This figure is much lower than the 27.6 percent registered in the same period of 2015.

During their consultations, workshops are also held to allow representatives of civil society organization to identify sectoral concerns and propose solutions and action plans.

According to Felongco, they will consolidate the identified critical poverty issues and proposed solutions. He added that they will endorse these to the concerned government agencies and other key stakeholders.

Urban and rural gardening are among the short-term solutions NAPC had promoted to address poverty incidence, Felongco said.

In urban areas, families can plant vegetables and other food crops for their own consumption.

In rural areas, aside from having their own gardens, families could also raise hogs and chicken, according to Felongco. This could be done by individual family or by the community, he explained.

This project has been piloted in Dumaguete City and has been successful, Felongco said.

He urged local governments to aggressively promote gardening since this would have immediate impact on poverty incidence.

The Duterte administration is targeting a 14 percent poverty incidence./dcb

Read Next
Cebu City to receive P160M assistance from UK