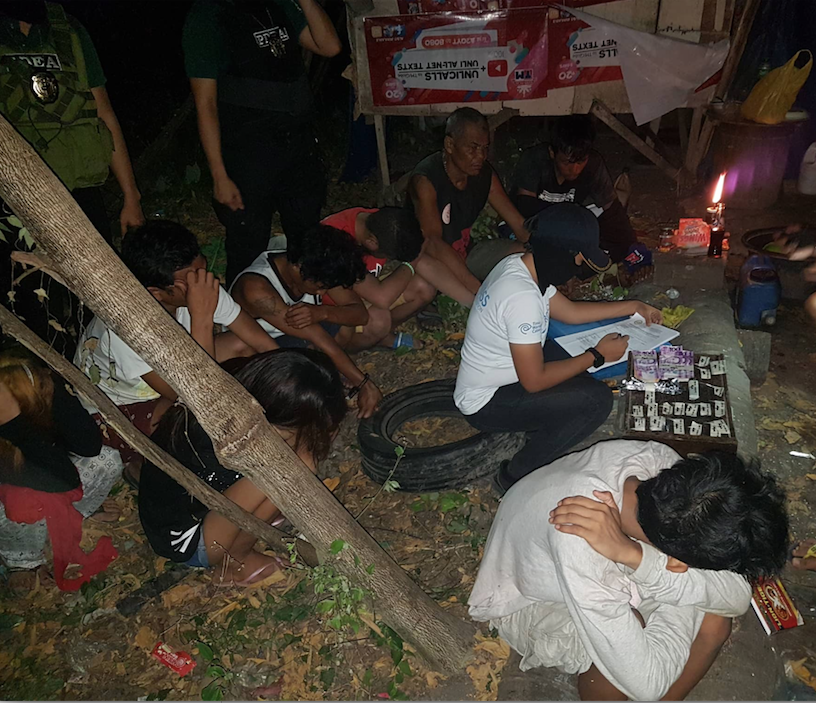 CEBU CITY, Philippines — A public’s vigilance about strangers visiting a shanty has led to a successful raid on a shanty in Talisay City, which turned out to be a suspected drug den.

This also led to the arrest of seven persons, and a minor, who were caught inside the shanty during the raid on Wednesday, April 24.

Leia Albiar, Philippine Drug Enforcement Agency in Central Visayas (PDEA-7) chief, said that they confiscated P81,000 worth of suspected shabu during the raid on the shanty in Sitio Candaya, Barangay Linao.

The raids in Talisay City came two days after a man was also arrested in Barangay Tisa in Cebu City with 30 sachets of suspected shabu with an estimated Dangerous Drugs Board value of P14,000.

In the Talisay raid on Wednesday, April 24, Albiar said that they conducted the operation after they received reports from people in the area about the suspicious activities in the shanty.

She said the people in the area grew suspicious because many strangers would visit the shanty.

Albiar said that they then conducted a two-month surveillance of the shanty and after confirming that it was used as a drug den, they then raided it on the night of Wednesday, April 24.

Those arrested included the suspected operator of the drug den, Rodrigo Villamor. Those caught inside the drug den were Analiza Leonardo 29; Jenny Repi, 24; Birmax Quimilat; Erwin Sedeño; Christian Kampanya; Jun Ramos, who were all of legal age.

A 16-year-old boy was also caught inside the shanty. He was held and turned over to the Department of Social Welfare and Development, who would determine if the minor acted with discernment.

The seven suspects were also detained at the PDEA-7 detention cell in Sudlon, Cebu City, pending the filing of charges./dbs

Read Next
Cebu Parklane International Hotel: Distinctly local with a heart for the environment