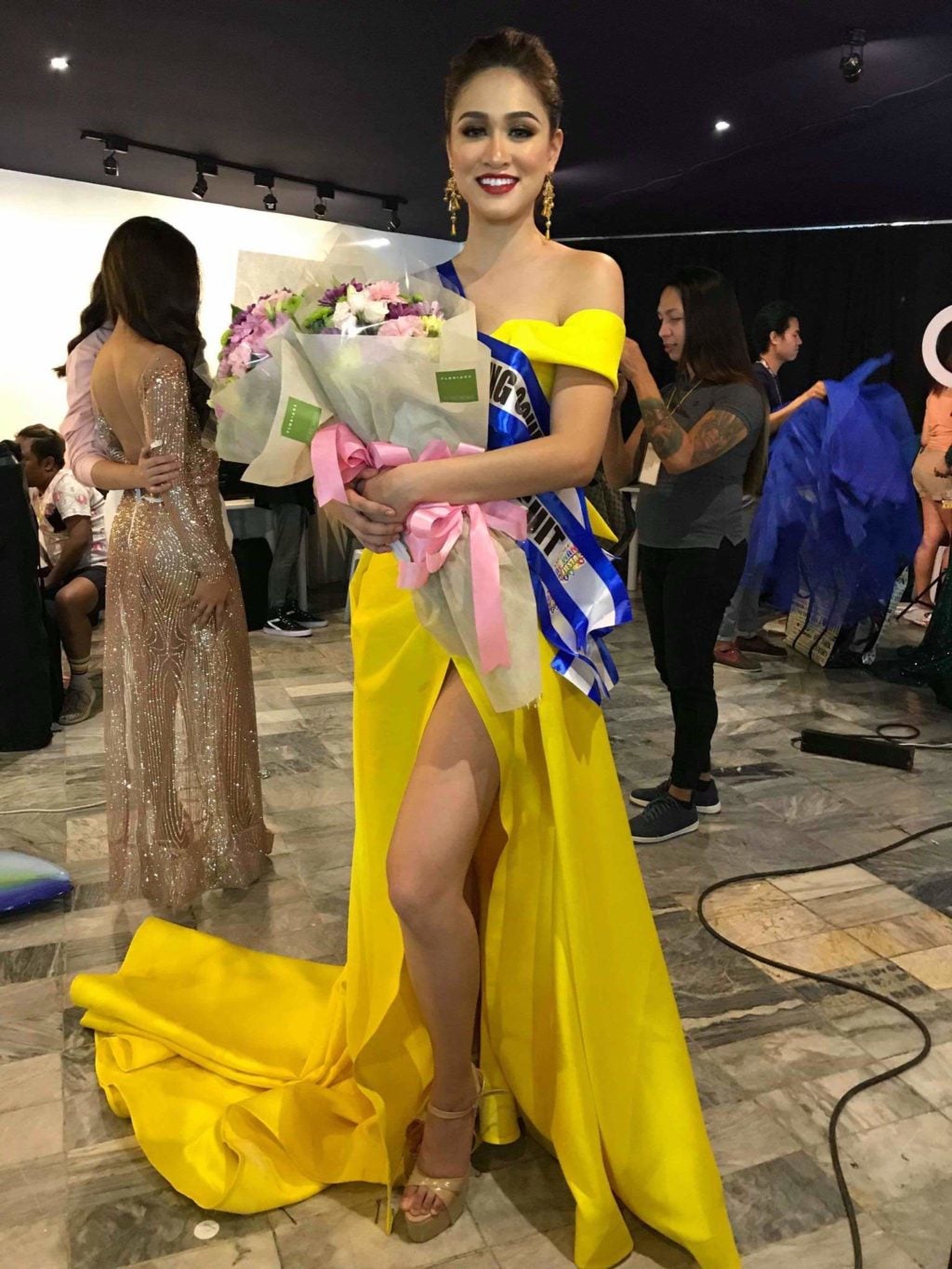 Rabie Pogoy, the manager of Borromeo, said that he is both happy and surprised with the results especially that he finds all the other 23 candidates pretty.

“I did not expect this to happen. But I also believe that when it (award) is for you, it is really for you no matter what happens,”  he told Cebu Daily News Digital in a phone interview.

Pogoy is also happy with Borromeo’s performance on Friday night.

“(I was) especially (proud) with the question and answer, I am so proud of her. Although she is a shy type of girl, she is really smart,” he added.

The pre-pageant had four segments which consists of festival costume, swimsuit, evening gown, and question and answer round.

The coronation night is slated on April 27, Saturday evening in front of the Aliw Theater.

Reyna ng Aliwan is one of the activities in Aliwan Fiesta, a gathering of cultural festivals in the Philippines every April.

She is the successor of Sinulog Festival Queen 2018 Shaila Rebortera who finished second runner-up in Reyna ng Aliwan 2018.

Titles under her belt are Miss Silka Cebu 2017 and Miss Mandaue 2018 first runner-up.

Aside from Reyna ng Aliwan, Borromeo is expected to represent the City of Carcar in the Miss Teen Philippines 2019 on May 8 in Manila. /celr