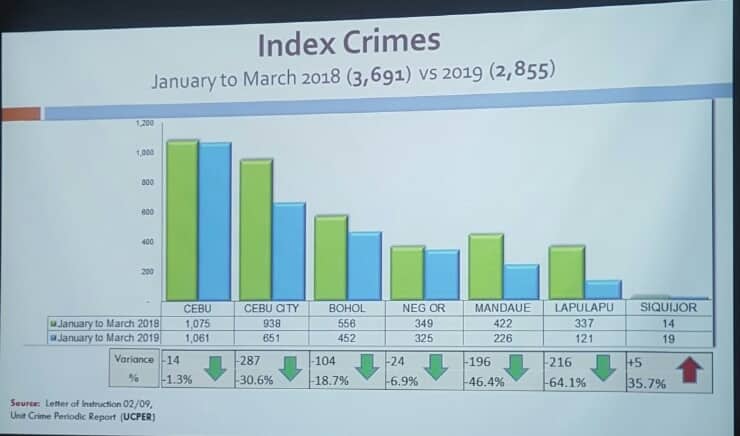 LAPU-LAPU CITY, Philippines –  Police Colonel Limuel Obon, chief of the Lapu-Lapu Police Office (LLCPO), does not see the need to place the city under the Election Watchlist Areas (EWAS) orange category in the May 13 election.

Obon said that the peace and order situation in the city has remained manageable.

Lapu-Lapu City is now under the yellow category. A reclassification to orange category is an indication of the presence of armed men and election-related crimes in the city.  Localities placed under the orange category are expected to get security augmentation in the election.

Siaton died on Tuesday morning while admitted at the Vicente Sotto Memorial Medical Center while his killers have remained unidentified.

Obon said they continue to investigate Siaton’s killing. He said that it is still to early to conclude that his shooting was election-related.

In an interview on Tuesday, Obon showed reporters a copy of the city’s crime index which showed a 64 percent drop in crime occurrences from January to March 2019 with a total of 121. A total of 337 crimes were recorded during the same period last year./dcb