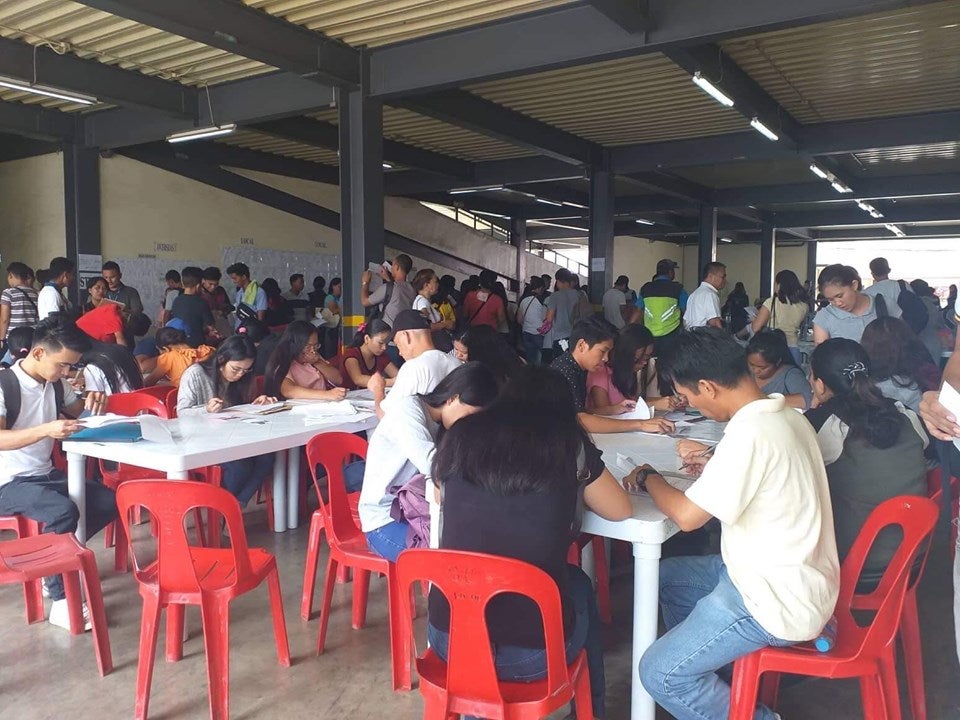 CEBU CITY, Philippines —   At least 55 individuals were hired on the spot during the Labor Day job fairs organized by the Department of Labor and Employment in Central Visayas (DOLE-7) on Wednesday, May 1.

More than a thousand others face brighter prospects with opportunities of finding employment after they complete their final interview and submit other requirements that were asked by their employers.

As of the noontime,  at least 1,714 hopefuls have registered at the four job fair sites of which only two thirds or 1,159 applicants qualified for the positions that they applied for. But they are yet to undergo the actual hiring process.

Another 333 applicants already completed the first stage of the application process and will be scheduled for final interview with their respective employers.

Considering the demand for skilled workers under the government’s ‘Build! Build! Build!’ program, Siaton said, most of the job opportunities were construction-related.

The job fairs held in different venues in the cities of Mandaue and Cebu were part of the series of activities for this year’s Labor Day celebration.

Activities for the day started with a 5 a.m. caravan and solidary run and fitness dance activity dubbed as “Zumba sa Mayo” held at 6 a.m. at the covered car park of the SM City Mall Cebu. /dcb

Read Next
Milk tea, anyone?