With nearby elem school reserved for Monday’s polls, Carreta fire victims to sleep on the streets for now 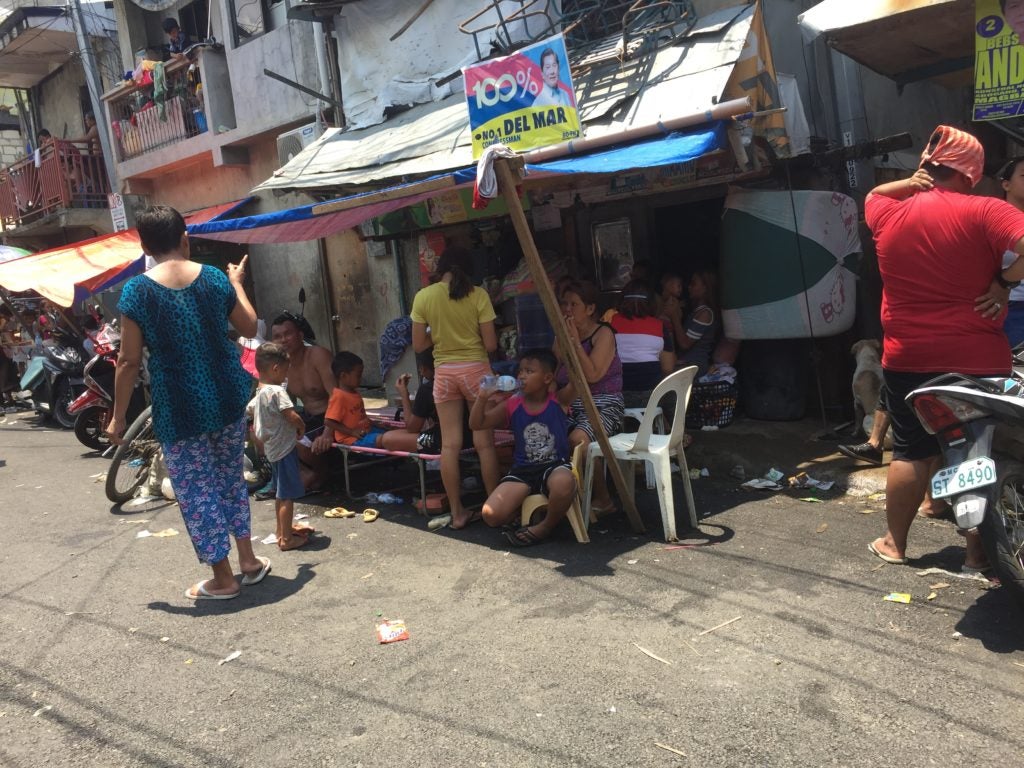 Sitio Ponce 2 families, who lost their homes to the Saturday dawn fire, would rather sleep on the streets than move to the barangays sports center that is located at least 500 meters away from the fire site. | Delta Dyrecka Letigio

CEBU CITY, Philippines — Fire victims in Barangay Ponce 2 in Barangay Carreta, Cebu City have refused to move to the barangay sports complex that is located at least 500 meters away from the fire site.

They could not also move into the classrooms of the nearby Carreta Elementary School because these will still be used in Monday’s midterm polls.

Left with no other place to stay, the around 700 fire victims will have to occupy tents that will be installed along the sidewalks of the access road that leads to the fire site for now and wait until after the election is over before they could transfer to the elementary school, said Barangay Captain Marciano Ando.

“We will have to wait until the elections for them to be able to use the school as evacuation center,” said Ando in Cebuano.

Fire broke in a thickly populated community in Sitio Ponce 2, Barangay Carreta at dawn today, May 11, and burned at least 90 homes.

As of noontime, the barangay has listed at least 700 fire victims that included former Carreta Barangay Captain and incumbent Councilor Eduardo Lauron, which personnel from the City Social Welfare and Services (CSWS) office fed with lunch.

A 26-year-old call center agent,  who asked not to be named, said she lost important documents including her passport during the fire.  She was still at work then when the fire broke.

“I think I’ll (have to) look for a new boarding house after this,” she said.

Ando said that as of 1 p.m. today, more than 20 families have already occupied the sidewalks in their area. They have started to secure the clothes, furniture and the appliances which they managed to save from the fire.

There were also those who returned to the fire site to collect items that they could still use.

Ando said he cannot force the fire victims to relocate to their sports complex because they wanted to be close to the fire site as much as possible in order to secure what remained of their burnt homes.

The barangay, he said, is doing its share by providing them with food and water.

Ando is calling for a special session with members of their barangay council later today to declare Sitio Ponce 2 under a state of calamity so facilitate the use of their P500, 000 calamity funds to aid the fire victims.

But he could not yet determine how soon the barangay will be able to release calamity aid for the purchase of housing materials because of the existing election ban.

Ando said he will be making consultations with the Commission on Election (Comelec) in Cebu City so they can be guided on the use of their calamity funds.  An option is loan the money that they need.

(We are considering the possibility of availing of a loan. We have to consider all the available options. We need to get hold of money that we could spend even for the purchase of their food supply.)

Ando is also appealing for help from owners of commercial establishments in their barangay to also send help for the fire victims especially during a time when they are having difficulty in accessing barangays funds.

He also asked Cebuanos with “compassionate hearts” to make donations of used clothes, soaps, diapers for babies, and other basic hygiene items for the fire victims. /dcb