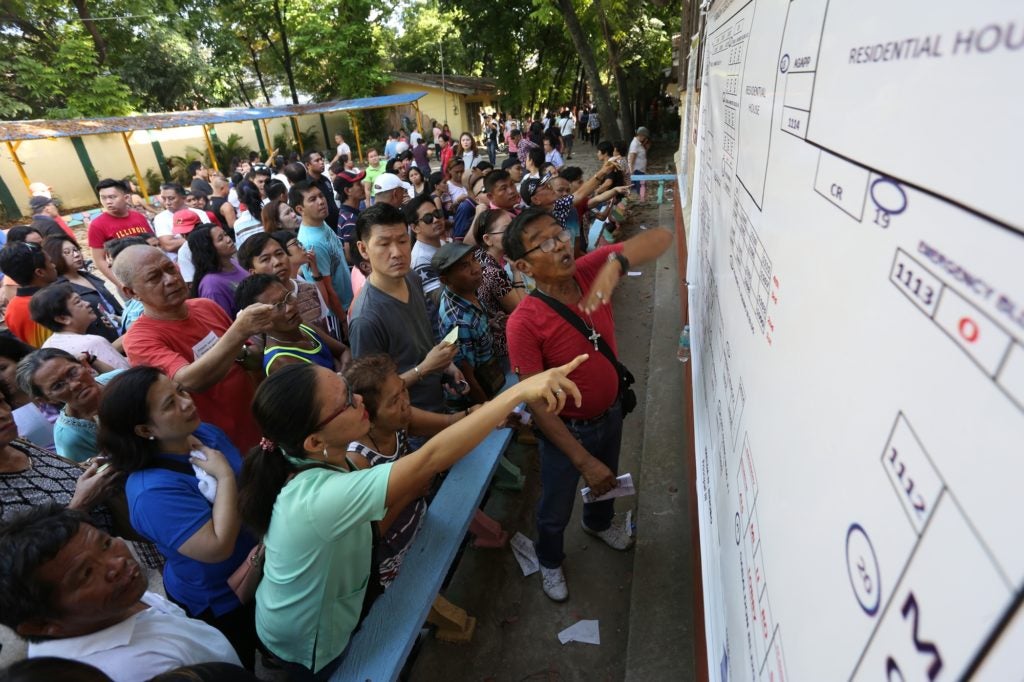 Lawyer Chauncey Boholst, chairman of the City Board of Canvassers and the Cebu City north district election officer, said they recorded a 7.2 percent drop in the voter turnout in this year’s election.

Boholst said that “fear” may have prompted some voters to skip the election following harassment reports and the alleged presence of armed men in the city’s mountain barangays days before Monday’s polls and on the eve of the election.

However, Boholst said, that he finds it “strange” that most of those who opted to skip the election were urban residents.

Comelec records show that only 70 percent of the urban residents voted in the May 13 election as compared to the 80 percent voter turnout in the city’s 28 mountain barangays.

Boholst said there is great possibility that harassment reports may have scared residents of the city’s 52 urban more than the mountain residents, who were brave enough to go out of their homes to vote.

“So by looking at the numbers in the mountain barangays, it shows that they (mountain residents) chose to practice their right to suffrage despite the news of violence,” said Boholst.

Boholst said that he was expecting a high voter turnout in Monday’s polls because voters are supposed to be more involved with local politics in comparison with national politics.

Still, he said that the conduct of the election in Cebu City was a success.

Despite their apprehensions, majority of the city residents still went out to exercise their right to suffrage. /dcb