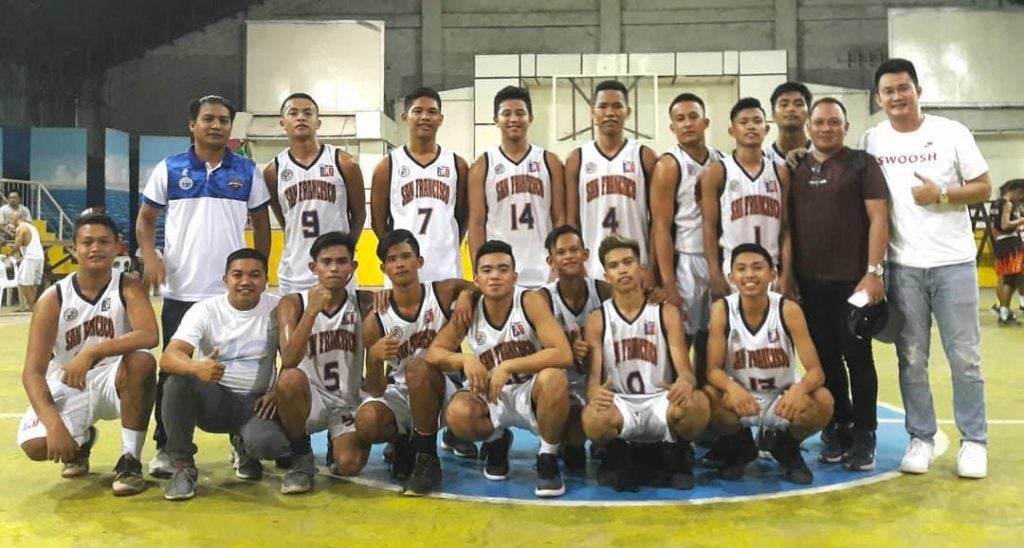 San Francisco is headed to the finals of the 9th Cong. Red Durano Cup. | contributed photo

Cebu City, Philippines—San Francisco will be facing off against Carmen for the championship of the 9th Congressman Red Durano Cup after the two teams hurdled their respective opponents in the semifinals on Thursday, May 16, 2019, in Carmen.

San Francisco edged Compostela, 58-55, while Carmen ousted the defending champions Danao City, 81-78, to set up the finals showdown on Sunday, May 19, 2019, at the Danao City Civic Center. Game time is set at 8 p.m. after the battle for the third place trophy at 6:30 p.m.

San Francisco’s James Alburo led the team coached by Christian Liaz, in scoring with 15 points while Clark Tampus backed him up with 13 of his own.

Carmen, the top seed, got 14 from Dennis Jayson and 10 from John Bejoc.

Read Next
Durant to miss Games 3, 4 of Western Conference Finals