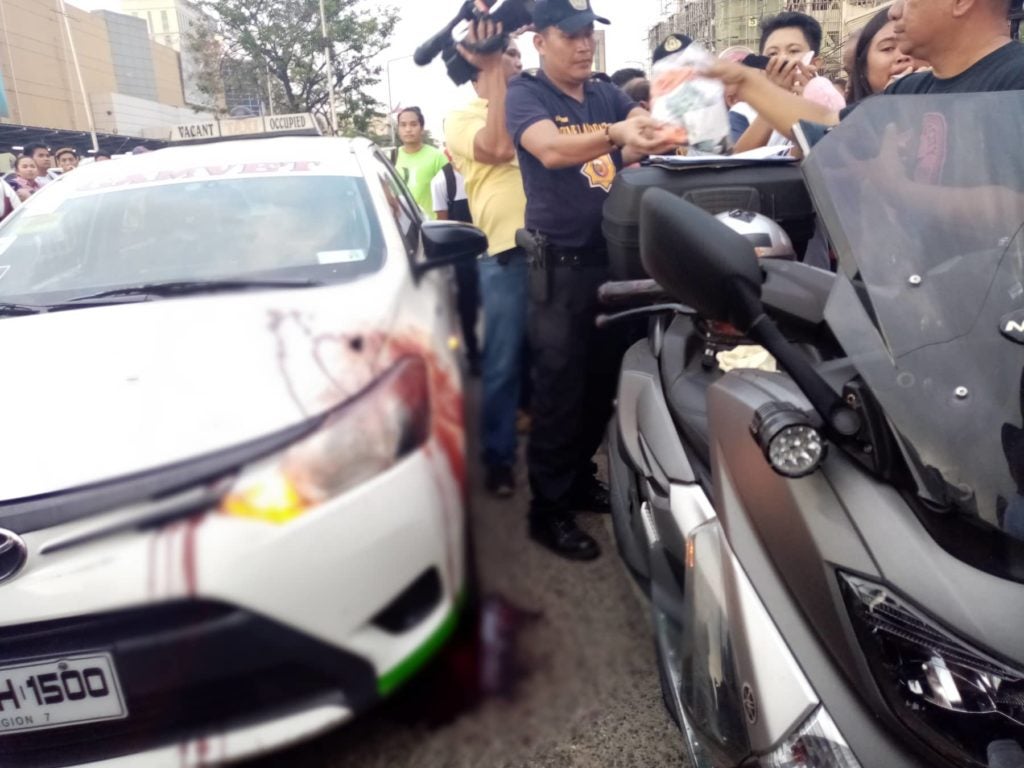 CEBU CITY, Philippines—Authorities are now in pursuit of ‘four men’ who killed Police Captain Delfin Bontuyan near a mall and the Mabolo Police Station shortly before 3 p.m. on Tuesday, May 21.

According to Damoslog, Bontuyan, who is now assigned at the Autonomous Region in Muslim Mindanao, attended a hearing at Branch 13 of Cebu City Regional Trial Court prior to the ambush.

The police official, however, said they are still validating the nature of the case that Bontuyan attended.

Bontuyan was heading home to Barangay Talamban when the incident happened.

Michael Añora, the driver of the taxi where Bontuyan’s body fell over after the shooting, said his taxi and the victim’s Yamaha N-Max were side by side at the intersection of A. Soriano and Juan Luna Avenue Extension because the traffic light was still red.

When the light turned green, Añora said the two motorcycles appeared and rained bullets at Bontuyan before he could accelerate the vehicle.

Damaslog said responding policemen recovered at least 11 empty shells from a still unknown caliber of firearm at the crime scene.

A hole can be visibly seen on the left side of the front portion of Añora’s taxi. This is the same spot where Bontuyan’s head fell after the shooting incident.

Bontuyan sustained gunshot wounds to his head and other parts of his body.

They also recovered from Bontuyan his wallet and a .22 caliber pistol.

Damaslog said they are still verifying if the gun was a service firearm or a personal firearm of the victim.

Damaslog said they are yet to determine the possible motive in the crime although they are not setting aside possibilities that it may be related to his job as a policeman.

Christine Bontuyan, the daughter of the slain policeman, could not contain her emotions when she arrived at the crime scene around 3:30 p.m.

Christine passed out minutes after she arrived upon seeing her father’s dead boy.

Christine, who is the incumbent Sangguniang Kabataan chairperson of Barangay Talamban, was among those who posted online about the alleged harassment of the police during the election period. 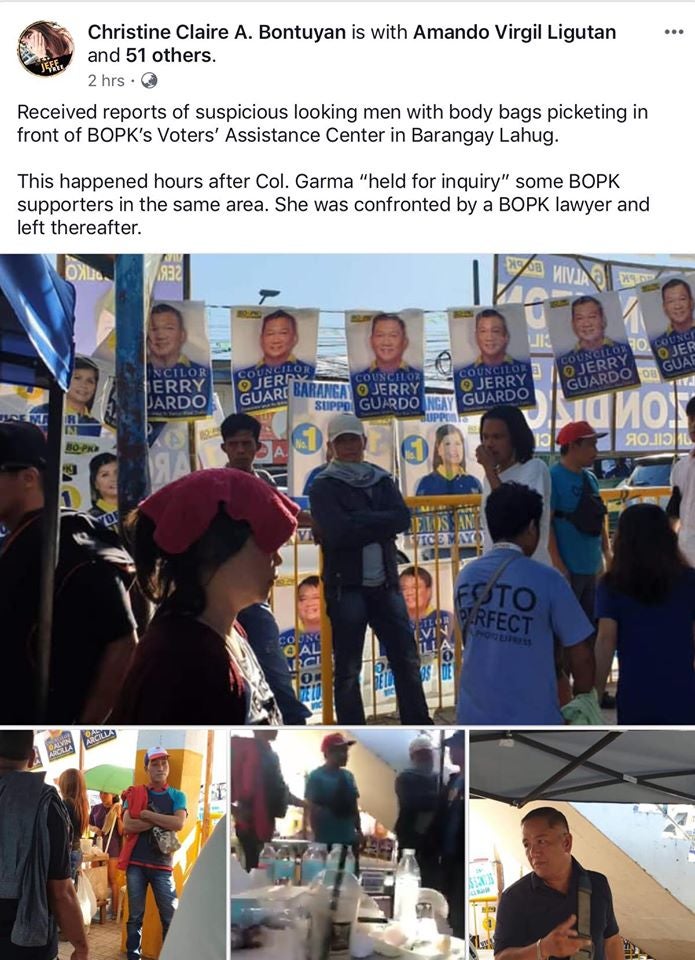 A screenshot of Christine Bontuyan’s post on Facebook regarding alleged harassment of police during the election. (Photo courtesy of Cebu City Mayor Tomas Osmeña’s FB page)

In a Facebook post, Osmeña claimed that personnel from the Criminal Investigation and Detection Group (CIDG) approached Bontuyan on Monday night, May 20, asking about how he was related to Christine.

“The father of the girl who made this post about being harrassed by both Barandog’s men and Garma herself was murdered today. His name is Captain Delfin Bontuyan, formerly PNP CIDG. Yesterday, he was approached by police who asked him what his relationship is to Christine Bontuyan, who was harassed by police during election day,” Osmeña narrated.

Osmeña has figured in a word war with Barandog and Garma over the outgoing mayor’s allegations on police harassment.

Osmeña went to the crime scene about 5 p.m.  just after the body of the slain policeman was pulled out by personnel of a funeral home.

The mayor, however, refused to issue a statement to the media. / celr