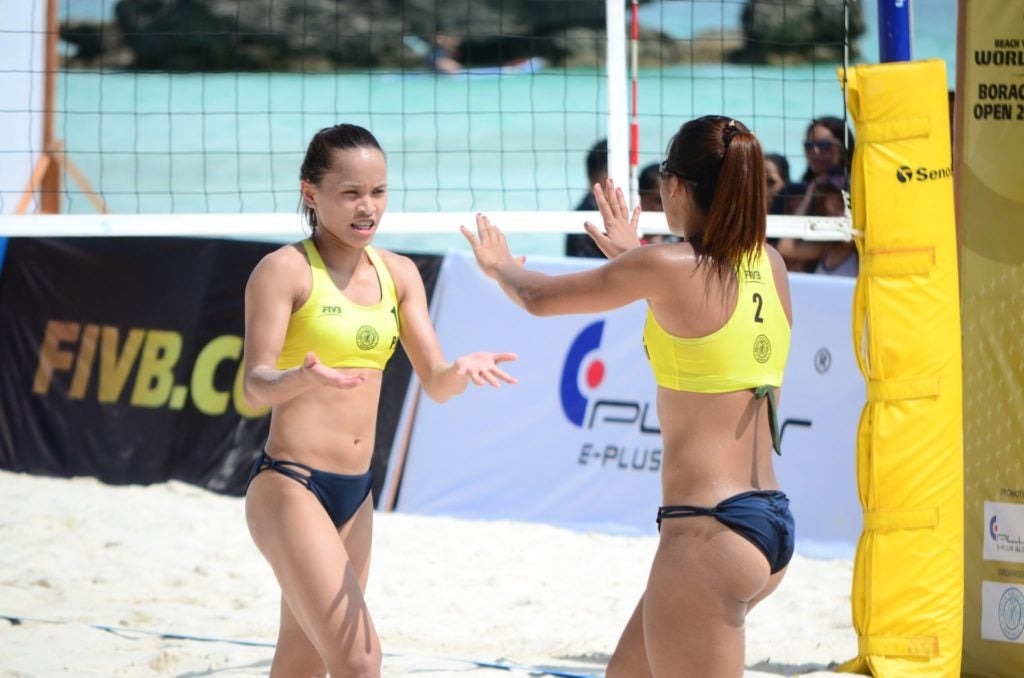 CEBU CITY, Philippines – The Philippines’ campaign in the recently-concluded FIVB Beach Volleyball World Tour Boracay Open  may not have ended the way they would have wanted but the pair of Cebuana Sisi Rondina and Bernadeth Pons came away with a lot of lessons from the competition.

After matching last year’s quarterfinals run in the Beach World Tour over the weekend, the country’s top sand court players are looking forward to elevate their level of play in future international competitions.

“Given a chance, paghahandaan namin ito,” said Rondina, the pride of Compostela who is a four-time UAAP beach volleyball champion with the University of Santo Tomas.

Reunited with Pons, Rondina powered the Philippines to two victories against Japan’s Shinako Tanaka and Miyuki Matsumura, 21-14, 21-8, in pool play and pulled off a dominant 21-18, 21-6 win over Ekaterina Filina and Ekaterina Zazhigina of Russia in the Round of 12.

The erstwhile collegiate rivals lost to Japan’s Sakurako Fujii and Minori Kumada, 17-21, 19-21, in the quarters, but not without putting up a gutsy stand in front of an energetic crowd at the White House Beach Station 1.

The country has shown improvement in the Beach World Tour 1-star event, with Bea Tan and Dij Rodriguez making it to the Round of 12, while Jackie Estoquia and DM Demontaño putting up a tough fight against the tough Russian pair of Ekaterina Filina and Ekaterina Zazhigina before exiting in pool play.