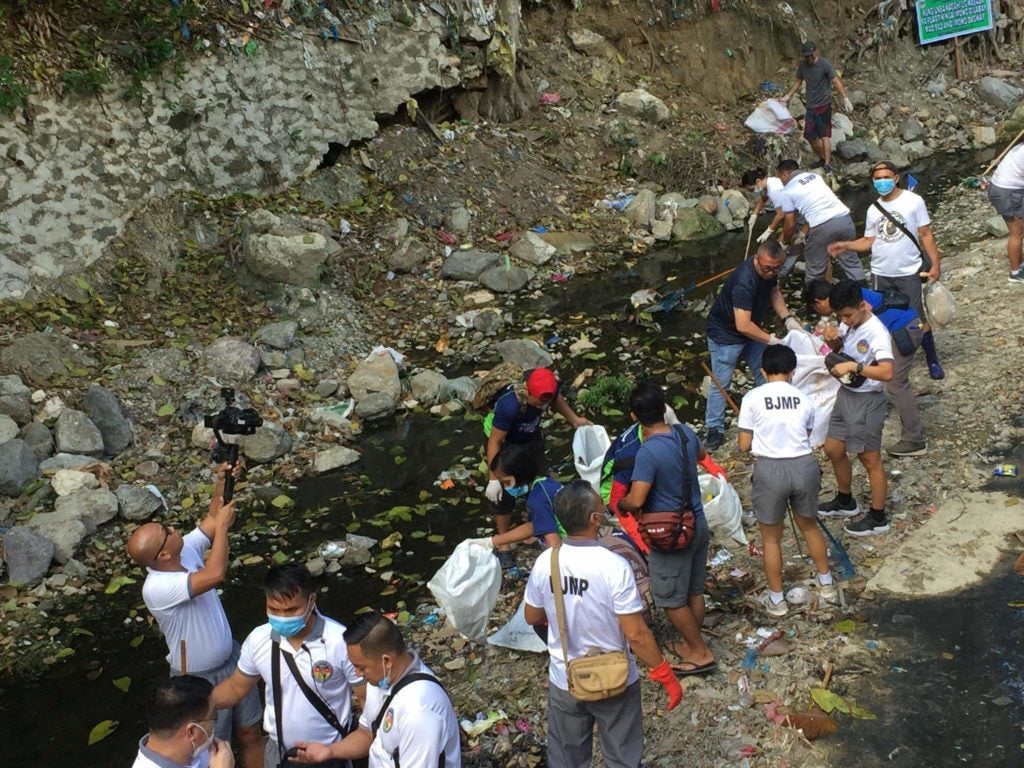 Personnel from the Bureau of Jail Management and Penology launch their initiative to protect and rehabilitate the Guadalupe river on Saturday, June 1. CDND PHOTO / Delta Letigio

CEBU CITY, Philippines — The Bureau of Jail Management and Penology (BJMP) commits to protect the environment by adopting a portion of the Guadalupe River in Cebu City as part of their community relations services for 2019.

According to Chief Superintendent Allan Iral, officer-in-charge of the BJMP, the adoption of the Guadalupe River is in line with directives of the Department of Interior and Local Government (DILG) for its component agencies to participate in the rehabilitation and protection of the environment.

“We are part of the DILG family and part of our duty is to help the communities,” said Iral.

Iral said the BJMP will be conducting clean-up drives in their portion of the Guadalupe River in order to help keep the river clean.

The BJMP signed a Memorandum of Agreement (MOA) with the Department of Environment and Natural Resources in Central Visayas (DENR-7) to seal their committment to protect and rehabilitate Guadalupe River.

Iral hopes that with BJMP Cebu helping DENR and the local government unit, the Guadalupe River, which is one of the dirtiest river in the city according to the City Environment and Natural Resources Office, can be rehabilitated.

“DENR said that the success of this activity will be determined only if the river is clean again,” said Iral. 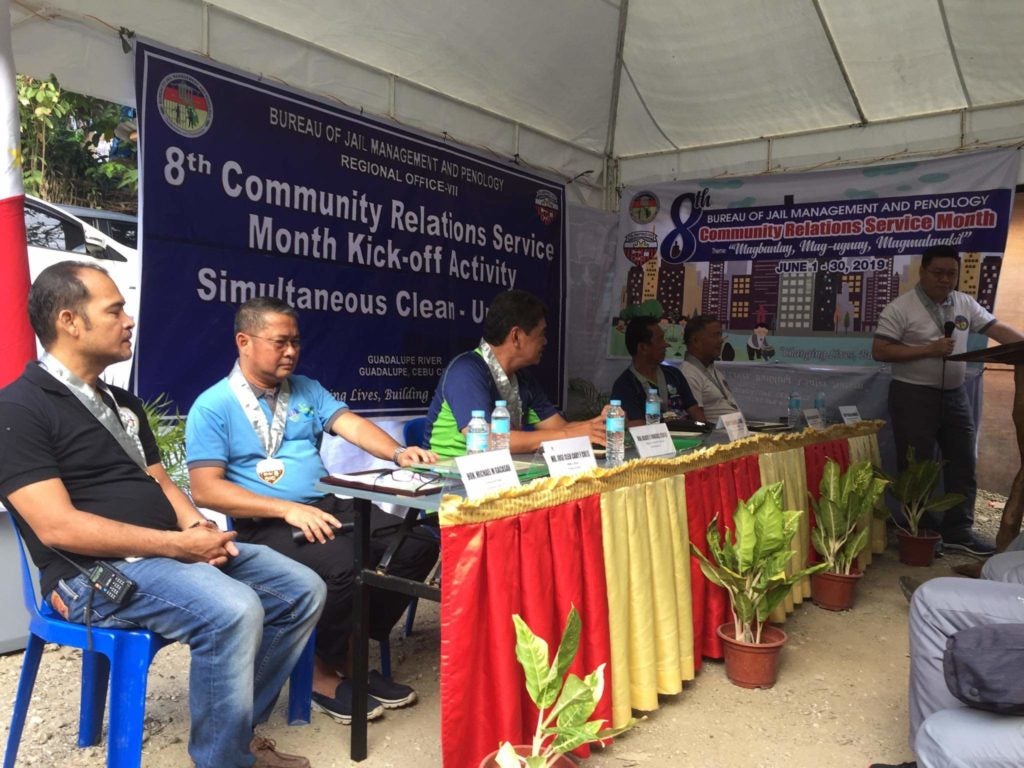 The Bureau of Jail Management and Penology in Cebu commits to help protect the environment by adopting a portion of the Guadalupe River. CDND PHOTO / Delta Letigio

Prior to this, the BJMP already helped in the clean-up in Manila Bay.

Iral hopes that the communities surround the river will help in its rehabilitation as they are the ones directly affected by its dirty state.

A similar activity is being conducted by  39 BJMP stations all over Central Visayas.

BJMP Regional Director, Chief Superintendent Paulino Moreno, Jr., said that all over Central Visayas, rivers are being adopted in their respective provinces and municipalities in a move to rehabilitate them.

Moreno said they hope to work closely with the LGUs to rehabilitate the rivers.

He said only the personnel of the BJMP wil be participating in clean up drives and other activities as inmates are not allowed to leave the jail facilities. / celr