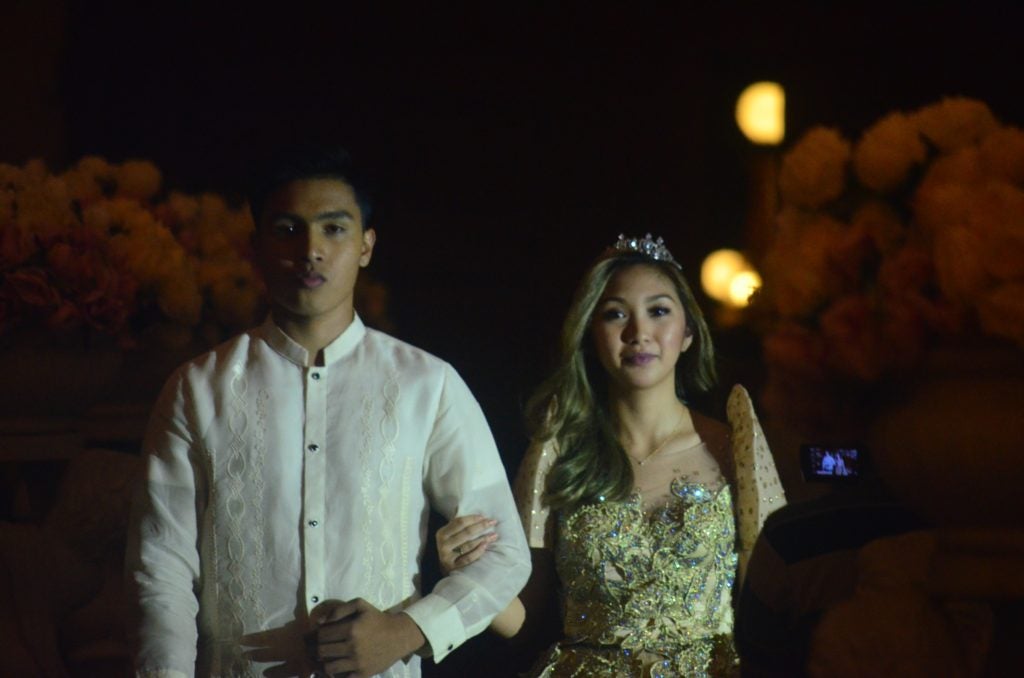 Nicole Mabatid, 17, was the youngest Sagala in this year’s Santa Cruzan organized by the Cebu Metropolitan Cathedral. | Gerard Francisco

Wearing a beige Filipiniana dress with intricate embroidery by Cebuano designer Philipp Tampus and stiletto shoes, Nicole walked the thee-kilometer procession route from the Cathedral to downtown Cebu City and back.

Nicole, the youngest child of outgoing Mabolo barangay captain and Cebu City north district Councilor-elect Prisca Niña Mabatid, said that the annual Santa Cruzan is more than just a display of beauty and glamor. It is an offering and thanksgiving for blessings already received and a sacrifice for prayers being asked from God.

Her mother’s victory in the May 13, 2019 midterm polls was one of the things that she offered to the Virgin Mary as she took the role of the Reyna de los Angeles or the Queen of Angels, one of the titles that was given to the blessed Virgin, along with the prayer for God’s guidance in her journey as a public servant.

(I prayed for good health for my family and for God to make my mother (Niña) an instrument in giving service to his people.)

Nicole was one of 23 Sagalas selected by the Archdiocese of Cebu during the May 31 Santa Cruzan, a culmination of the month-long Flores de Mayo celebration.  She was chosen to represent the youth sector during the Catholic church’s celebration of the Year of the Youth.

“I am very happy to see that the main organizers of the Santa Cruzan are the youth. It is very clear we can speak out and do our share for the community,” she said. 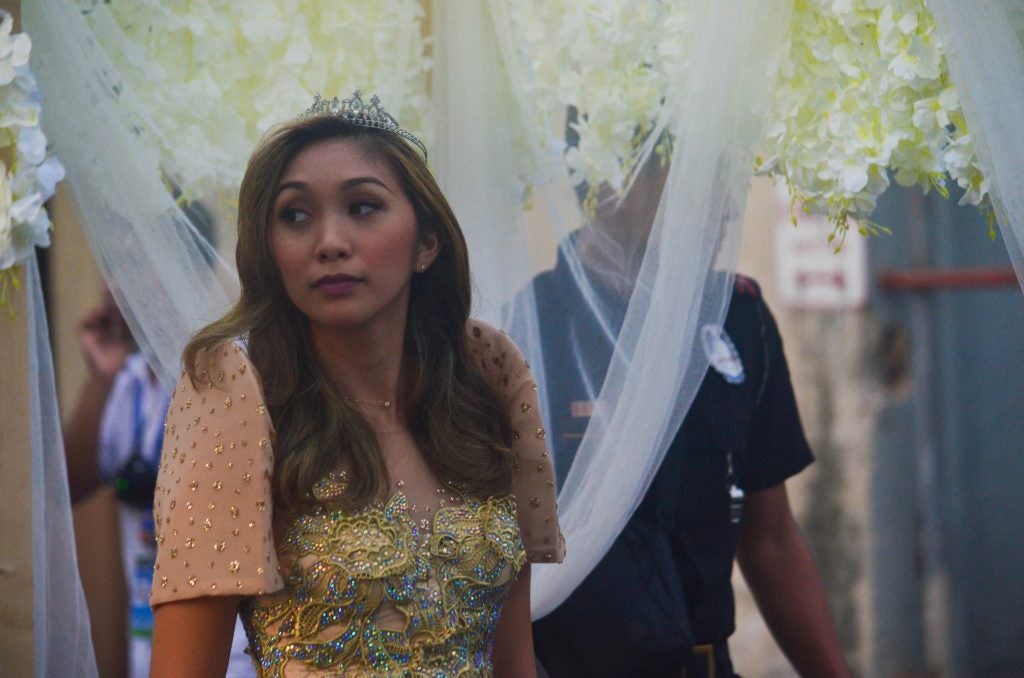 Mabatid said that joining the Santa Cruzan for the second time was an opportunity for her to pray for her dream of becoming a environmental lawyer someday. | Gerard Francisco

Bishop Dennis Villarojo, who officiated the 4 p.m. mass held ahead of the procession, said that Santa Cruzan is more than just a display of beauties and beautiful clothes.

Villarojo, who was recently assigned as Bishop of Malolos, Bulacan, said that the annual event was a tribute to the blessed Virgin Mary who gave birth to Jesus Christ and who loved the faithful like her own children.

The Santa Cruzan was one of the historical traditions of the Roman Catholic Church that has been given a unique taste by the Filipinos.

The tradition that dates back in Europe in 1867, recounts the journey and search of Empress Helen of Constantinople for the True Cross where Jesus Christ was nailed on in 300 AD.  This is celebrated with a procession of the parish belles representing Empress Helena and the different images of the Virgin Mary.

With the introduction of this Marian-rooted devotion in the Philippines, Filipinos added some elements to the celebration like the inclusion of native dancers at the beginning of the procession to signify paganism before the dawn of Christianity in the country.

Overtime, some faithful have converted the Filipino Santa Cruzan into a festival of beauties and fashion making them forget its real essence, said Villarojo. 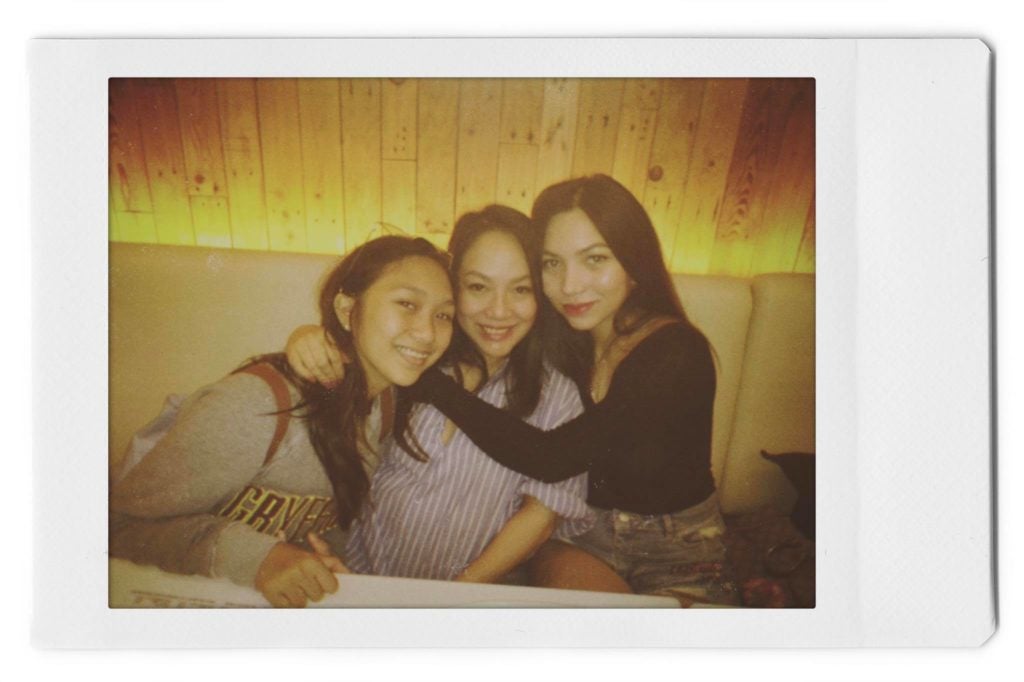 But for Nicole, the purpose of the Santa Cruzan was very clear to her.

“Santa Cruzan is more than just a pageant. It’s a prayer of an entire community,” she said.

It was an opportunity for her to say her thanksgiving prayers and to also pray for the success of her other petitions.

Nicole said she recited her prayers for two very important petitions – the success for her mother’s new endeavor as a member of the Cebu City Council and for her personal crusade for environmental preservation – during the 45-minute procession.

She said that she is always inspired by her mother’s passion to serve others. She also sees her mother as someone who has the capacity to empower other women to also achieve their dreams.

As for herself, Nicole said that she has always been a strong campaigner for environmental preservation.

For more than a year now, Nicole said that she has been avoiding the use of single plastic and has adopted the use of reusable straws and containers.

She said the state of the environment especially in the Philippines “has become so unbearable for other organisms causing extinction of many species, all because people do not realize the gravity that every plastic they use is a killer to the environment.”

Nicole is also praying for guidance in the fulfilment of her dream of becoming an environmental lawyer someday. She will be starting her journey in Senior High School this school year under the Science, Technology, Engineering, and Mathematics (STEM) strand.

At the same time, she also prayed for other people to already realize the need for change that should start by putting an end to single plastic use.

This was already Nicole’s second time to become a Sagala as she also took the role of Reyna de las Flores (Queen of Flowers) in the 2018 Santa Cruzan, after her mother pushed her to go out of her shell.

“I enjoyed that experience and so I wanted to do it again this year,” said Nicole.

Nicole said that carrying the blessed virgin’s crown was her most memorable experience for as Reyna de las Flores. She handed said crown to Reyna Emeperatris who later on placed this on Mary’s head with the help of Bishop Villarojo./dcb