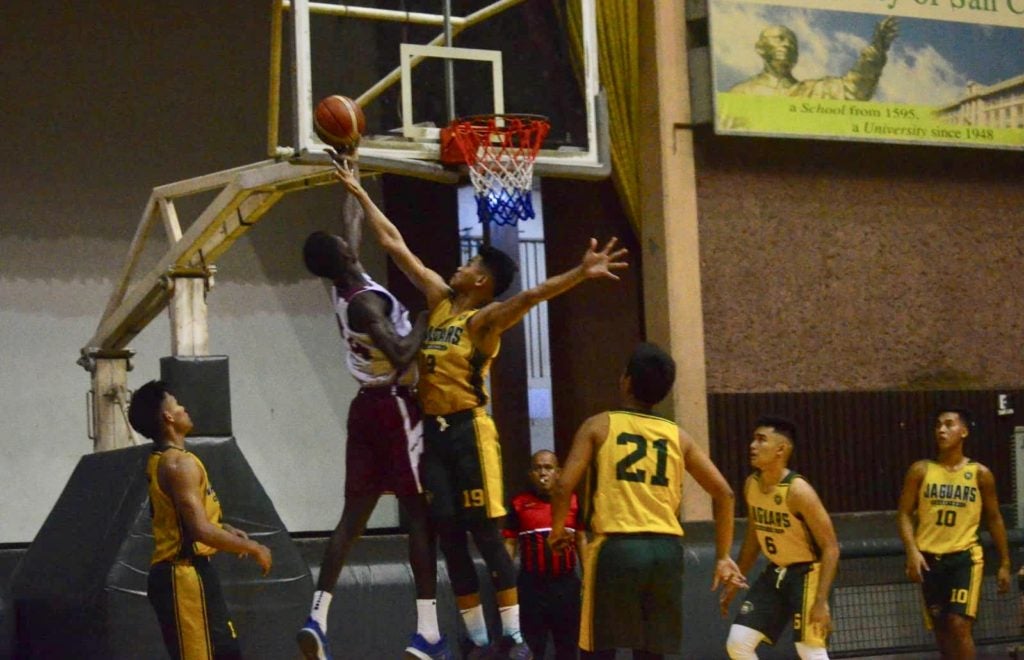 SWU-Phinma’s Lamine Thiam attacks the basket in a game against USJ-R in the Cesafi Partner’s Cup at the USC Gym on June 8, 2019. CDN Digital photo | Gerard Vincent Francisco

Cebu City, Philippines—The Southwestern University (SWU)-Phinma Cobras showed just tough they can be this coming season as they dealt the University of San Jose-Recoletos (USJ-R) Jaguars an 81-72 beating in the 2019 Cesafi Partner’s Cup on Saturday, June 8, 2019, at the USC gym.

Strong-bodied forward Red Cachuela led that onslaught as he scored over and over again inside the shaded against the interior defense of the Jaguars.

Cachuela led the Cobras in scoring with 17 points while Senegalese wingman Lamine Thiam had a stout debut with 16 markers.

Randyll Roncal added 10 for the team of head coach Mike Reyes, which played minus star two-guard Shaquille Imperial, who had a prior commitment to tend to.

Jay Deiparine tried to rally USJ-R in the fourth with the bulk of his 13 points coming during that stretch but the Jaguars simply ran out of time down the stretch. Tricky Peromingan and Matthew Paras each added 12 while Elmer Echavez put up 10 for last season’s runners-up Jaguars. /bmjo

Read Next
Analysis: Warriors’ hopes hinge on Durant coming back