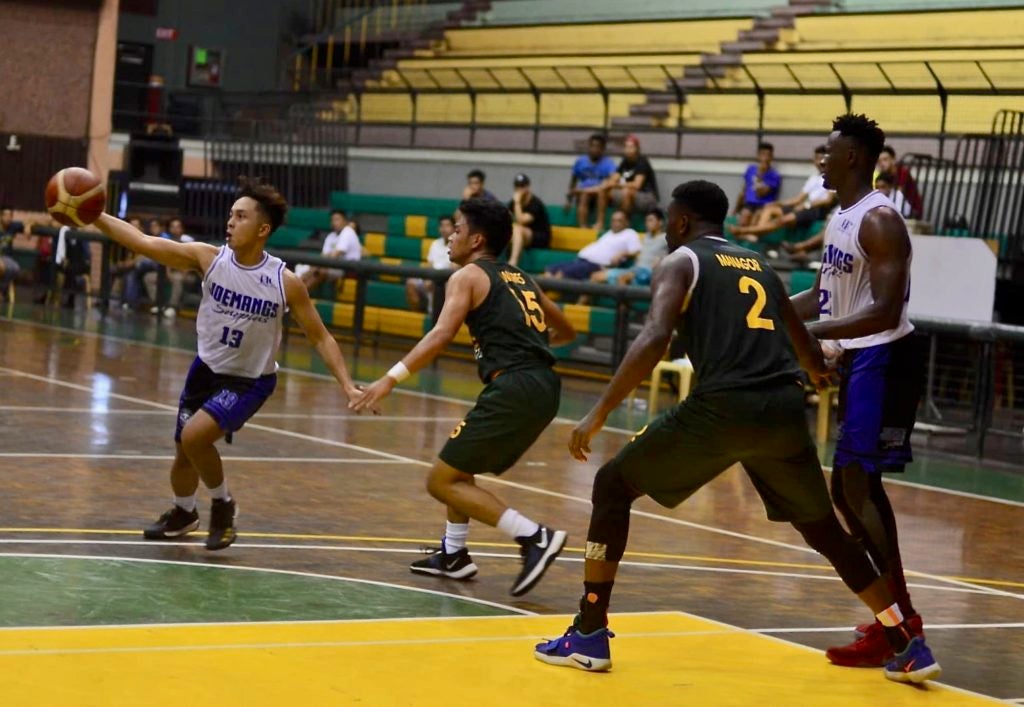 Paul Galinato gathers the ball for UC in a game against USC in the Cesafi Partner’s Cup on June 11, 2019. CDN Digital photo | Gerard Vincent Francisco

Cebu City—The JoeMangs Surplus-University of Cebu (UC) Webmasters try to make it two in a row when they tangle with the Tough Gear-Cebu Institute of Technology-University (CIT-U)  Wildcats in the college division of the 2019 Cesafi Partner’s Cup on Thursday, June 13, 2019, at the University of San Carlos (USC) gym.

Tosh Sesay, UC’s new recruit from Sierra Leone, had a sensational game with 23 points while four others also reached double-figures.

According to UC’s top assistant, Rocky Alcoseba, they will be trying to quicken the pace a little bit more moving forward.

Alcoseba added that they really focused on getting taller players during the offseason, something they sorely lacked last season.

At the moment, UC has eight players that are at least 6-foot-3.

UC will be taking on a CIT-U squad that is coming off a disheartening 62-92 rout at the hands of the three-time defending Cesafi champions, ARQ Builders-University of the Visayas (UV) Green Lancers.

Meanwhile, the ARQ Builders-UV Baby Lancers will also be gunning for its second straight win when they duke it out against the OCCCI-CIT-U Wildkittens. /bmjo