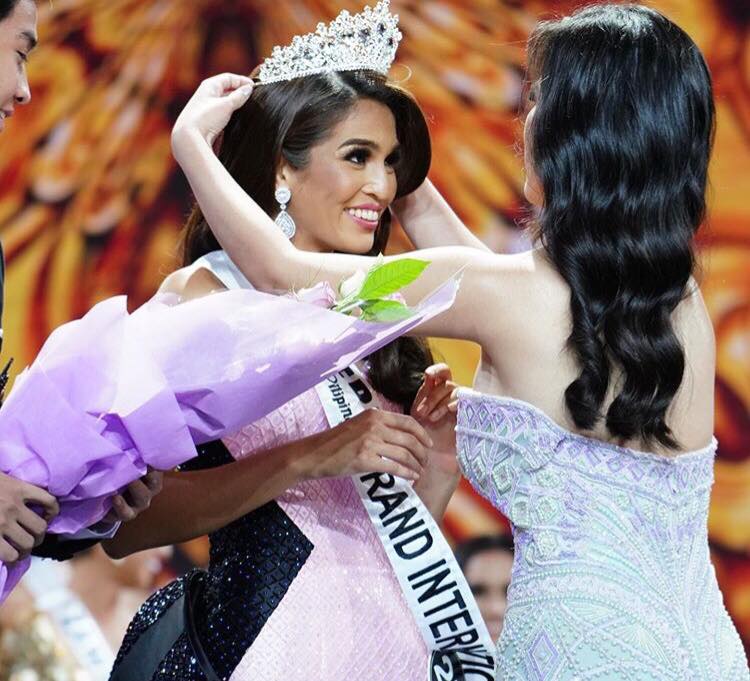 The Cebuana beauty queen shared photos of her with the Binibining Pilipinas Grand International crown in her social media accounts with some inspiring messages.

“If there is a lesson here that I am going to pass on to a younger generation it is this: Be a fighter, no one ever got to where they are today by crying about their problems and dwelling in their own self-pity,” she said in her post.

She also believes that all are destined for something in this life.

“When we are put on the path that will lead us to where we are meant to be, there is no adversary that can smolder the fire that burns within us,” she said.

Lo also revealed in her post that even if the 40 candidates looked pretty on the outside every day, they actually faced exhaustion, fatigue, and even sickness.

“But this is something that we willingly signed up for because we knew that in the long run, it is a small price to pay for future that holds no bounds,” she said.

Another lesson shared by Lo is to surround oneself to people who actually believe in your capabilities.

“Do not go chasing those who can reciprocate nothing but the chase.  Luckily for me, I was blessed with a family who had every ounce of faith in me and was patiently waiting for me to find the same faith in myself,” she said.

She also thanked in her post the beauty camp Aces and Queens, who helped her in the journey, especially in her pasarela walk and question and answer.

Lo will represent the Philippines in the upcoming Miss Grand International 2019 in Venezuela.

This is the third time that a Cebuana will represent the country in Miss Grand International.

She ended her post thanking Stella Araneta, the chairman of  Binibining Pilipinas Charities Incorporated (BPCI), for the chance to fight for the international crown.

This is the second time that Lo participated in an international competition.

In Cebu, she is the first titleholder of Binibining Cebu Tourism title in 2017. /bmjo