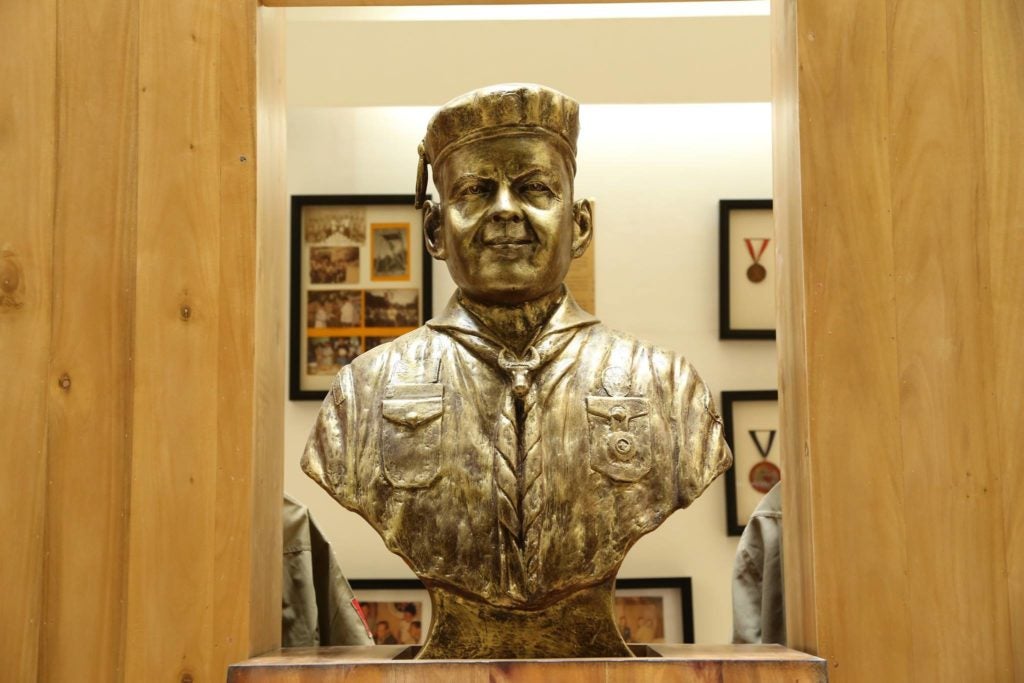 CEBU CITY, Philippines — The Cebu City Council is considering naming the Mambaling bridge, which connects the Francisco Vestil Street to the South Road Properties (SRP), after a Cebuano scoutmaster.

This developed after a proposed ordinance has been pushed in the City Council to name the bridge in Barangay Mambaling in Cebu City after the late Cebuano scoutmaster, Sergio P. Damazo Jr., for his contribution to the Boy Scout Movement in Cebu

The proposed ordinance, which was sponsored by Councilor Anthony Cuenco, received positive feedback from the stakeholders during the public hearing on Tuesday, June 11, at the Council’s regular session.

The younger brother of Scoutmaster Damazo, Lawyer Jose Damazo, said that his family was grateful for the “honor” that the city was giving to his brother by naming a bridge after the scoutmaster who in his life became a bridge for the youth to the disciplined life of scouting.

He said that Scoutmaster Damazo had always believed that scouting was a good foundation for the youth as the values of discipline, camaraderie, and teamwork would help these youth in their chosen paths.

He also said that because of the passion of Scoutmaster Damazo in the scouting movement, many of the scouts had chosen careers in the military and in the police.

He said that some even entered the Philippine Military Academy and Philippine National Police Academy.

“Our family thanks the Cebu City Council for this proposal as this would immortalize my brother’s memory and advocacy in the streets of Cebu,” said Jose in the public hearing.

Councilors Joel Garganera and Pastor Alcover Jr. recalled their encounters with Scoutmaster Damazo during their boyhood days and attested to the excellence that the late scoutmaster became known for.

“We competed with the Boy Scouts of Colegio de San Jose-Recoletos (now University of San Jose-Recoletos), and I remembered that we were very scared of them because we knew how disciplined they were. They were excellent,” said Garganera.

Cuenco said the proposed ordinance was just in time for the 10th death anniversary of Scoutmaster Damazo, who died in 2009.

Ten years is the minimum number of time after an individual’s death required by the Historical and Affairs Commission for the name of the person to be a viable name for streets.

The first proposal has been sponsored by then councilor and now incoming Mayor Edgardo Labella in 2012, but the proposal was deferred until the required number of years would be achieved.

Cuenco said he was hoping to pass the proposed ordinance in this council, which would have its last session on June 25.

The new council will take over by July 1.

He then served as district Scout commissioner for South Cebu City and became a life-long member of the Executive Board of the Cebu Council of the Boy Scout of the Philippines.

He was awarded as scoutmaster of the year for the national level in 1970 and years after, he was awarded as a Model Filipino Awardee for Youth Service in 1986 in Cebu City.

The next year, he was one of the awardees of the Ten Outstanding Scoutmasters of the Philippines at the Heroes Hall in Malacañang Palace at the country’s capital.

Scoutmaster Damazo was most known for helping the detainees of the Bagong Buhay Rehabilitation Center to enter and practice scouting within the center.

He was able to gain the support of the founders of the Free LAVA (Legal Assistance Volunteers Association), Federacion De Abogadas Internacional (FIDA), and the USJ-R administration in his advocacy of instilling values of scouting among prisoners and street children of Cebu City. /dbs