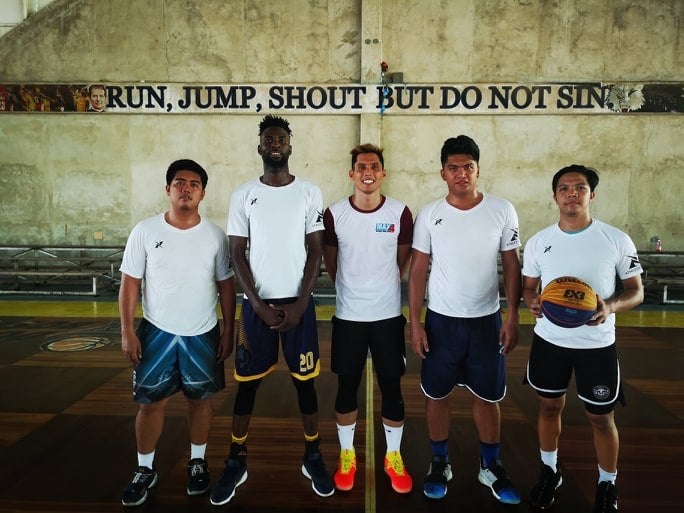 The Max4-Birada Cebu have been placed in Pool C of the Chooks-to-Go 3×3 Patriot’s Cup. /Jonas N. Panerio

CEBU CITY, Philippines – In spite of their lack of size and girth, the Max4-Birada Cebu is expected to lay it all on the line to defend Cebu’s home floor as they compete in the Chooks to Go Pilipinas Patriot’s Cup on Sunday, June 16, 2019, at the SM Seaside Cebu.

This, head coach Dondon Hontiveros vowed as he rolls out a team bannered by some former Cesafi standouts and a current one.

Some changes in the bracketing and the schedule now see Cebu taking on Phenom Basilan CTC Construction at 12:55 p.m.

The 12 teams have been divided into four brackets with each team playing a single round-robin in their bracket.

The top finisher from each bracket will advance to the knock-out semifinals, which starts at 2:45 p.m. The finals will be at 3:35 p.m.

Cebu has another team in this competition — the SWU-Phinma Cobras. They will be battling the Mindoro Tamaraws at 11:00 a.m. before taking on Wilkins Balanga at 12:40 p.m./dcb