PDRRMO to act as fourth responder in earthquake drill 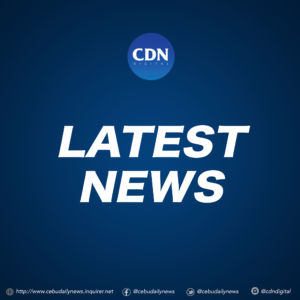 CEBU CITY, Philippines — The Provincial Disaster Risk Reduction and Management Office (PDRRMO) will act as fourth responders in the National Simultaneous Earthquake Drill (NSED) which will be centered in Lapu-Lapu City on Thursday, June 20.

Rhee Telen Jr. of the Information Section of the PDRRMO said the Capitol will be sending two teams for the NSED.

These are the medical team and a team dedicated for collapsed structures search and rescue (CSSR).

“There will be an emergency scenario and we would have to respond real-time. We willbe on standby and wait for their call because there will be a part of the simulation that they will need external responders,” said Telen.

The PDRRMO will be fielding an ambulance and its P17.5 -million rescue truck during the NSED to demonstrate CSSR.

Aside from PDRRMO staff, Telen said they will tap Capitol employees who were trained in disaster response during the NSED.

PDRRMO will be the fourth external responder that will aid Lapu-Lapu City.

The other local government units (LGUs) that will be joining the NSED as external responders will be the cities of Mandaue, Cebu and Talisay.

Telen said it is important that the capacity of emergency responders will be tested especially that Cebu is often affected when earthquakes hit different parts of the country. / celr