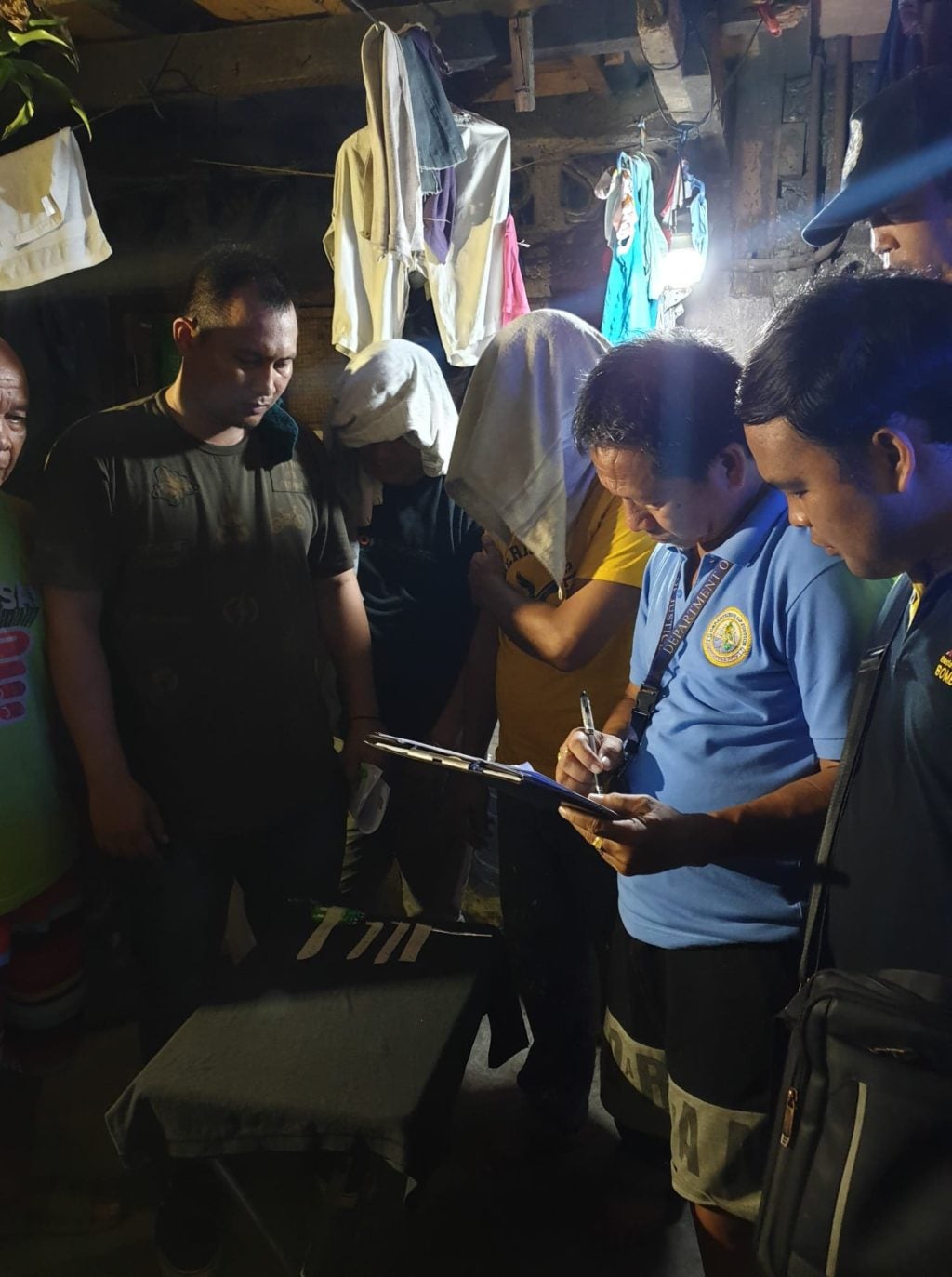 Four people were arrested in a buy bust operation in Barangay Tejero, past midnight of June 20, 2019. Two of the suspects were traffic enforcers in Cebu City. | Benjie Talisic

CEBU CITY, Philippines — The Cebu City Transportation Office (CCTO) terminated two of their traffic enforcers after being caught along with two others in a buy-bust operation in Barangay Tejero at past midnight of Thursday, June 20.

CCTO head, Francisco Ouano, told CDN Digital that he has ordered the termination of Ervin Labaya Navarro, 38, and Francis Abe Mordeno, 40, who had worked for the CCTO for 7 and 15 years respectively.

Ouano said that he was ‘very’ dismayed that the two CCTO personnel, who prided themselves as traffic enforcers, also peddled and used illegal drugs, which Ouano said were shameful acts for people serving in government.

“We have provided them a decent job, and yet they still chose this kind of lifestyle,” said Ouano.

He said there were already suspicions that Navarro and Mordeno were drug users because one of them proved positive to the recent drug test in March while the other managed to avoid the drug test altogether.

Ouano refused to reveal which suspect proved positive in the drug test for confidentiality.

He said that he already talked to both of them, and both promised to stop using drugs, and for this reason, they were allowed to continue working as traffic enforcers.

Their arrest on Thursday past midnight was a proof of their return to the illegal activities, which Ouano said would constitute immediate termination.

“I have already sent letters to the administration office for the termination of Navarro and Mordeno. I hope this will serve a lesson for the other enforcers to stop their illegal activities,” said Ouano.

Meanwhile, Ouano warned other traffic enforcers that if they would be caught in a similar situation as Navarro and Mordeno, they would be terminated as well.

However, he said there were no plans to conduct another drug test soon because they already did one this year.

Navarro and Mordeno were caught with Reynaldo Ricarte and Marc Alcos Miñosa in a buy-bust operation at Sitio Zapanta in Barangay Tejero, Cebu City.

Confiscated from the four men were drug paraphernalia and packets of shabu with a total value of P34,000.

The four suspects were detained at the Waterfront Police Station in Cebu City awaiting the filing of charges. /dbs