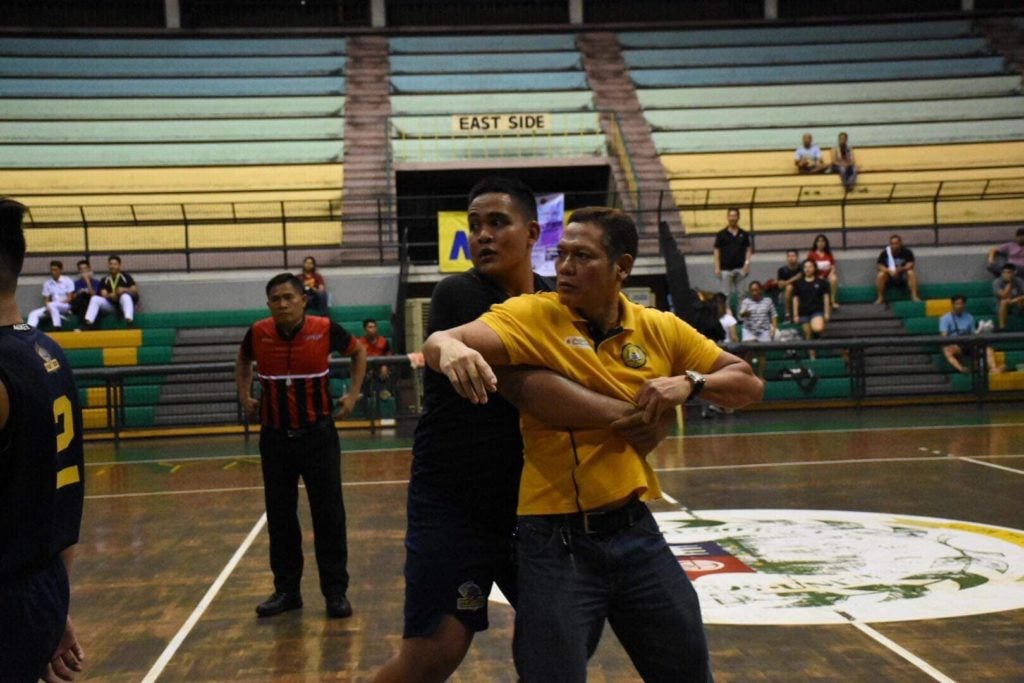 Cebu City, Philippines—The Hotel Fortuna-University of Cebu (UC) Baby Webmasters prevailed over the University of Southern Philippines Foundation (USPF) Baby Panthers, 75-60, in a game that ended with a near free-for-all, in the high school division of the 2019 Cesafi Partner’s Cup on Thursday, June 20, 2019, at the University of San Carlos (USC)  gym.

Watch the tailend of the incident here:

WATCH: Here's the tailend of the incident that marred the high school game of the Cesafi Partner's Cup between the University of Cebu and University of Southern Philippines Foundation on Thursday night, June 20, 2019. | Jonas Rey N. Panerio #CDNDigitalRead about it here: https://cebudailynews.inquirer.net/240335/uc-downs-uspf-in-fight-marred-high-school-game

Tempers were already high after USPF guard Kyle Ochavo got ejected for an unsportsmanlike foul and a technical foul with 2:34 remaining.

Then, with just 20 seconds left, tensions hit boiling point as UC’s Van Sevillejo and USPF’s Elijah Singson clashed near midcourt, which sparked a near-rumble that saw coaches from both teams get into it.

When the dust settled, Sevillejo and Singson both got ejected along with the assistant coaches of both teams.

The incident marred what was a great win by UC, its fourth in as many games.

Read Next
CPPO: No threats, no police security requests from slain mayor