After six long years, Cebuano Franz Dysam is back on national stage 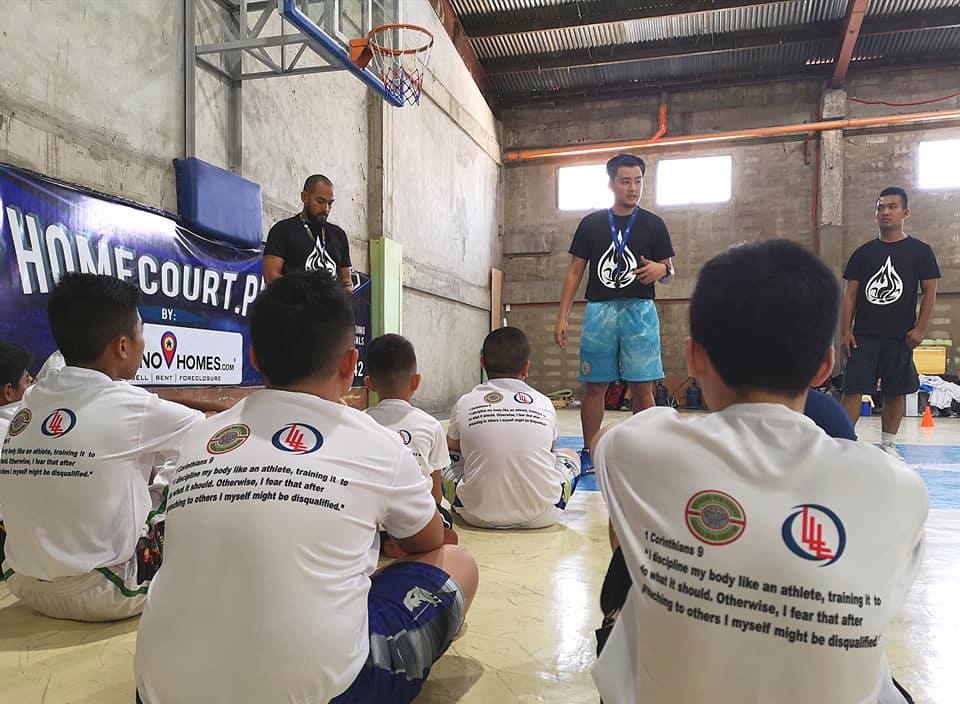 Apart from working at a BPO company, Franz Dysam has also been active in teaching kids the finer points of basketball as seen here at the G2G camp. | contributed photo

Cebu City, Philippines—Lightning-quick Cebuano guard Franz Dysam will be making his return to the national stage on Tuesday, June 25, 2019, as he suits up for the Marikina Shoemasters when they take on the General Santos Warriors in the Maharlika Pilipinas Basketball League Lakan Cup at the Navotas Sports Center.

This will be Dysam’s very first game at this level six long years after his basketball career was cut short after a tragic shooting incident while he was still playing for the Letran Knights. That appalling event saw the 5-foot-10 guard sustain six gunshot wounds and claimed the life of his former partner.

Now a family man with a wife and several kids, Dysam says he is relishing this opportunity to play in the MPBL and help out a Marikina squad that is coming off a horrible 50-42 loss to, ironically, his hometown Cebu Sharks.

“I actually feel blessed. Very blessed. I have always wanted to play back on the national scene but of course as a father now, I had other priorities to attend to. If I really wanted to, I could have easily gone back but I believe now is the perfect timing because God opened this opportunity for me, not by my own strength or capabilities. It is God’s timing and I am excited for it,” says Dysam.

After his collegiate career was halted, Dysam went back to Cebu and worked at a business process outsourcing (BPO) company. He also kept his competitive juices flowing by competing in numerous local leagues. However, he admitted that he didn’t think he would ever get to play in the MPBL.

“I actually tried to try out on a different team before but I did not push through since my wife was about to give birth. Since then, I did not expect I’d be back. But it is amazing how God does everything in His own timing,” said Dysam.

A speedy guard from the University of Southern Philippines Foundation (USPF), Dysam played for the Perpetual Help Altas under former head coach Bai Cristobal in 2007 and 2008.

But after Cristobal was replaced the following year, Dysam moved over to Letran and donned the Knights’ colors in 2010 and 2011 before sitting out the following year. He then returned for his final year of eligibility in 2013 when the fatal shooting incident happened two games into the season.

Dysam also offered a piece of advice to the multitude of Cebuano basketball players who are still dreaming of getting their shot, much like he did all these years.

“All I can really say is to just trust God for it. If it is for us, it will come. So continue to excel in that area until that time comes. If not, we have to be open and accept whole-heartedly that God has bigger plans for us. What matters most is we walk on the path that He planned us to be. Not our own will, but His will until the end.” /bmjo