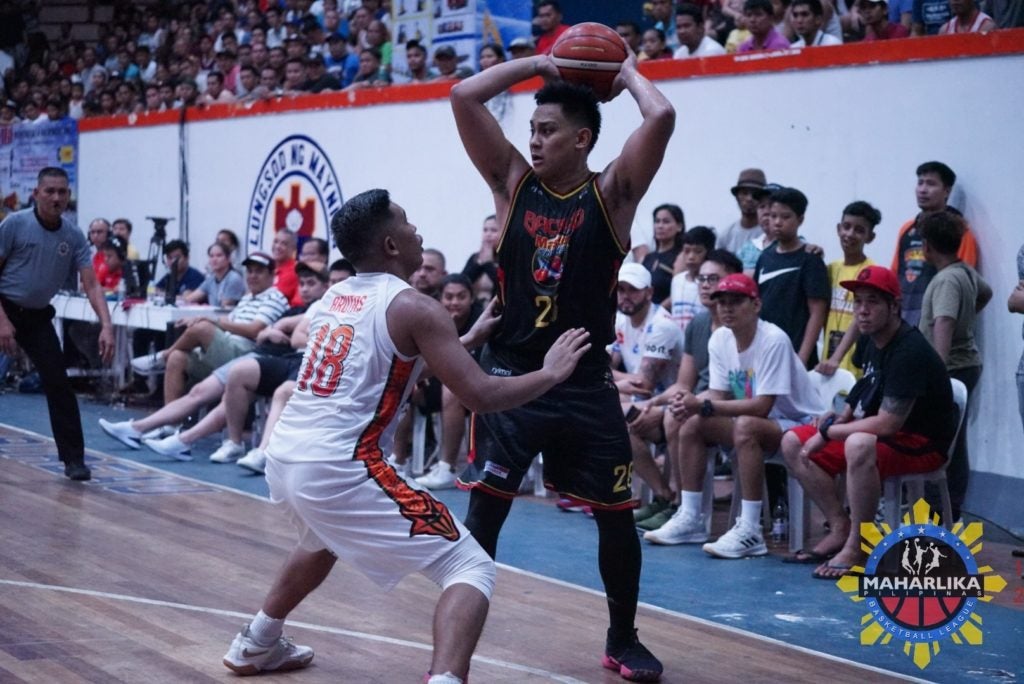 Cebuano basketball star Mac Tallo of Bacolod sizes up the Mindoro defense in this MPBL photo of the Lakan Cup.

Cebu City, Philippines—Discarded by NLEX a few weeks ago, Cebuano guard Macmac Tallo showed exactly what the Road Warriors are missing as he led the Bacolod Master’s Sardines to a rousing debut in the Maharlika Pilipinas Basketball League Lakan Cup, winning over the Mindoro Tamaraws, 87-83, on Monday afternoon, June 24, 2019.

In an exclusive interview with CDN Digital after the game, the 25-year old Tallo said the entire experience of being released by NLEX and then, getting scooped up by Bacolod in the MPBL, has been a huge learning experience for him.

He added that he still isn’t at 100 percent just yet, as evidenced by the leg cramps he suffered early in the fourth. In spite of that, the 6-foot-1 guard still ended up with 31 points on an ultra-efficient 13-of-21 shooting from the field, which is the highest scoring game in the MPBL this season. He also had six rebounds, four assists and six steals.

“I’m focusing on losing weight because when I was in PBA, hindi ko vinavalue kung anong meron ako and isa yun sa nagpababa sa akin,” said the former two-time Cesafi MVP. (I didn’t value what I had and that’s one of the things that put me down.)

“I’m proud to be part of this team. Coach Vic (Ycasiano) helped me improve especially in leading the team,” the son of one-time PBA player Mark Tallo added.

Tallo admitted that he struggled at the onset, scoring just two points in the first canto.

“Actually I really had a tough time adjusting to the different ambiance of the league. I was praying when I was subbed by coach. I said ‘God please take over.’ And that was it, He gave me that game. All credit to Him.”

Despite spending just a few weeks with his new teammates, Tallo said he is already enjoying their company and appreciates the job they are doing.

“It’s really nice to see that my teammates are doing their best in their roles. You can really see the efforts of my teammates during the game. And everything we did in that game starts in practice.” /bmjo

Read Next
The doctrine of Good Samaritan at Sea