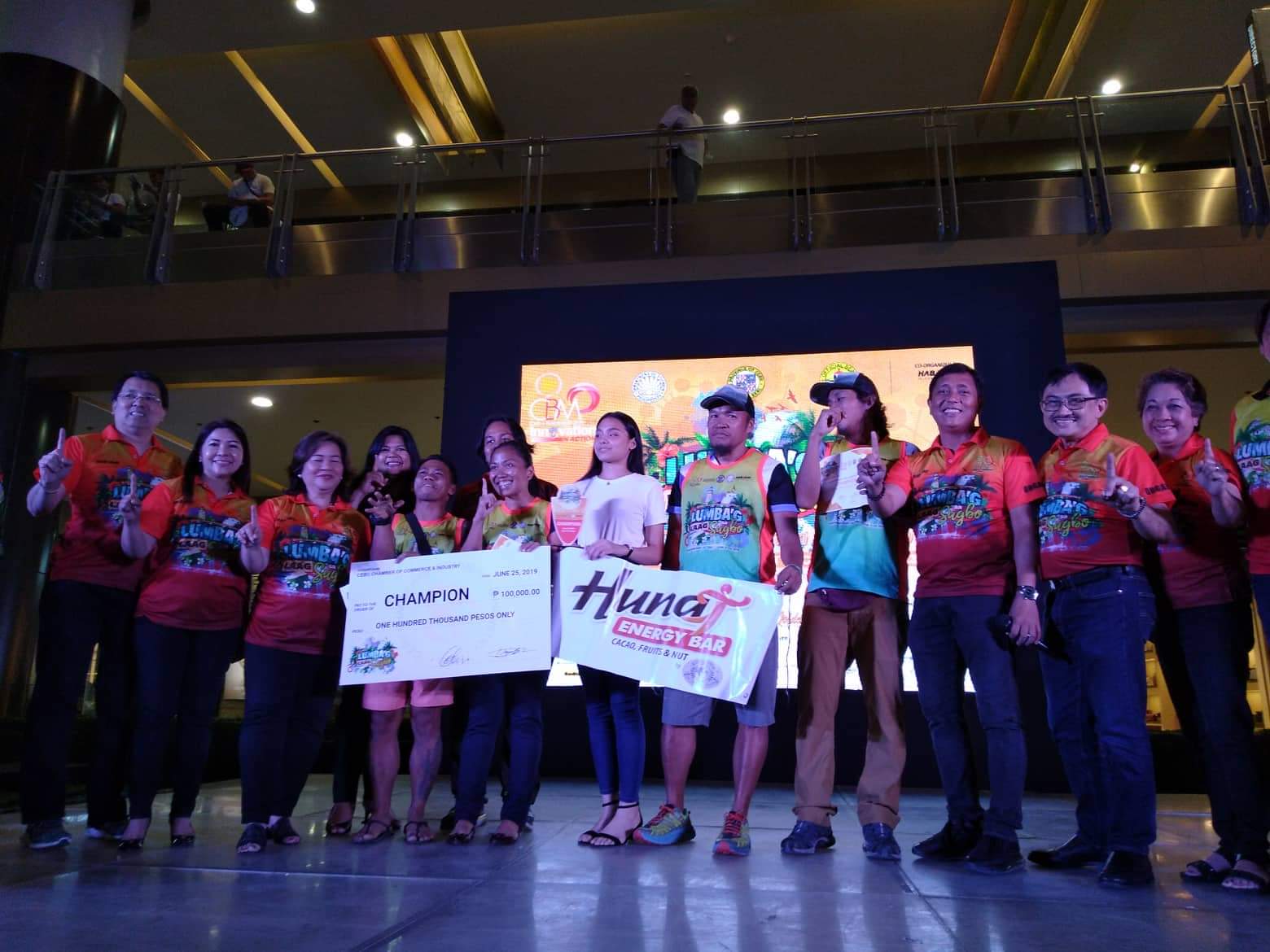 CEBU CITY, Philippines — In the end, it was the team who joined at the eleventh hour that was declared as champion of Lumba’g Laag sa Sugbo 2019.

Team Hunat Energy Bar by The Chocolate Chamber — composed of mountaineers, bikers and a yoga/boxing instructor — emerged victorious in the third edition edition of the tourism race organized by the Cebu Chamber of Commerce and Industry, Habagat Outdoor Equipment and the Department of Tourism.

The race is a major part of the Cebu Business Month (CBM), which runs under the theme “Innovation in Action.”

Solatorio, Cenovia and Honoridez were in one team last year which ended up as the second placer, while Dungog’s team last year did not make it to the Top 3.

The three are also involved in fitness, sports and outdoor endeavors.

The three are the main forces behind Pacgear Outdoors while Dungog is the owner of Fit and Flow Gym.

With the addition of Dungog in the team, the four racers were able to complete the three-day race consisting of 14 tasks performed in 18 towns and one city in northern Cebu. 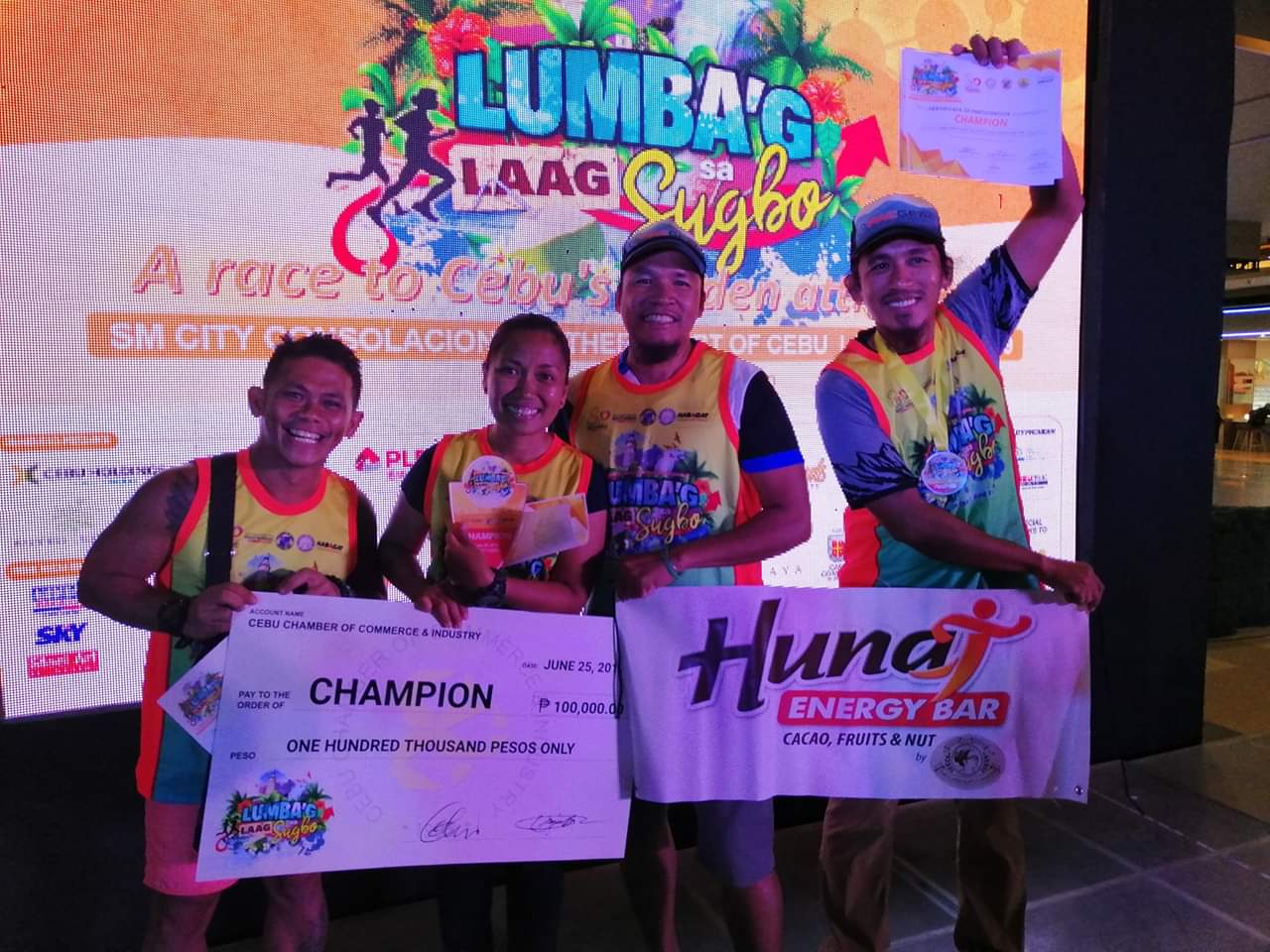 Team Hunat Energy Bar was able to complete a combination of physical and mental tasks with 17 hours and 48 minutes.

“We did not expect to win because we were at the 12th place by the end of Day 1. We were very slow in mental tasks, but we really tried to make up in the physical tasks,” said Dungog.

Dungog said they calculated that they finished the race in either in third or fourth place.

So it came as a surprise that they were announced as the champion.

The winners of the race were proclaimed on Tuesday night, June 25, at The Northwing Atrium of SM City Cebu./dbs