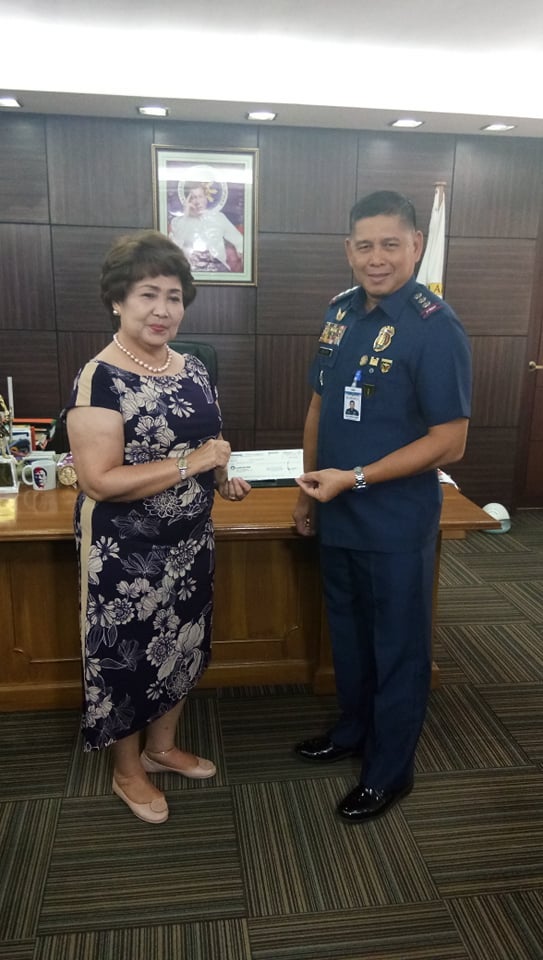 CEBU CITY, Philippines — Three groups made up of 23 individuals will share in the P1 million reward of the Lapu-Lapu City government for the resolution of the case involving the brutal killing of 16-year-old Christine Lee Silawan.

Police Colonel Lemuel Obon, Lapu-Lapu City Police Office chief, said in an interview that the police would not receive a single centavo of the reward but it would be given to the three groups of informants.

Obon said he only received the P1 million check, a reward for informants helping solve the Silawan case.

He said since it was given by the city government, he would need also to liquidate the money.

Christine Lee Silawan was found brutally murdered last March 10 in a lot in Barangay Bangkal. She was stabbed several times and her part of her face was skinned to the bone.

It took a month since the killing for police to arrest the suspect, Renato Llenes, who confessed to the murder of Silawan.

The investigation took several turns with the National Bureau of Investigation in Central Visayas arresting another suspect, a 17-year-old boy, who was the former boyfriend of Silawan.

The boy was released after the arrest of Llenes, who confessed to the killing.

Obon, for his part, said that the first group of informants was made up of those who gave the information that the CJ Diaz was a fake name used by Llenes in Facebook to lure Silawan.

Llenes met Silawan in Facebook where he used CJ Diaz as an alias.

Obon said that the informants would receive the amount that would be commensurate to the information that they provided.

He said once the P1 million check would be encashed, this would be distributed to the informants.

He said since it was given by the city government, he would also need also to liquidate the money.

Obon said this was only the part of the P2 million reward promised to informants for the quick solution of the Silawan case.

He said he was trying to contact, those persons who promised to raise another P1 million reward money for the Silawan case.

He said once the P1 million from these private individuals would be collected, this too would be released to the informants.

Sinas also said that after the P2 million reward money would be released to the informants, then the P100,000 reward money also offered by the Police Advisory Council would also be released./dbs