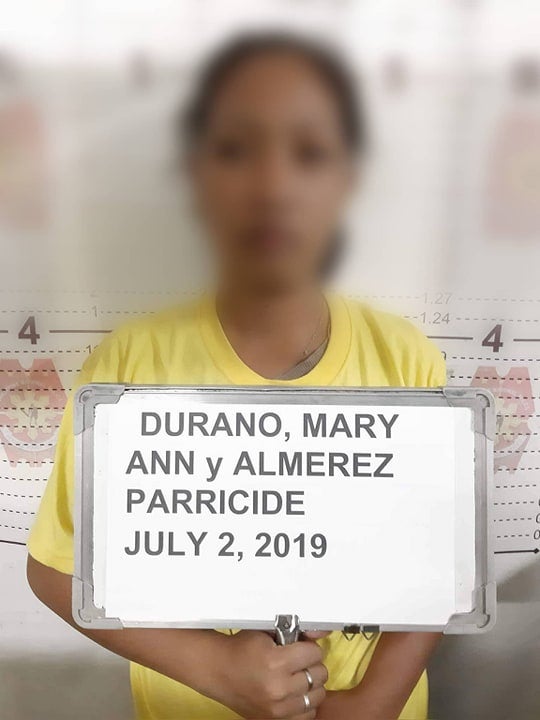 Leo Durano, 34, succumbed to stab wounds on the right side of his chest inflicted by his wife, 27-year-old Mary Ann Durano.

According to Police Sergeant Roger Castillo of the Danao City Police, Mary Ann voluntarily surrendered to the police when they arrived at the crime scene.

Based on initial investigation, police said the suspect told them that she has had enough of her husband.

She said she was a battered wife and that her husband not only hurt her but also their two-year-old daughter.

Police said Mary Ann admitted stabbing her husband with a kitchen knife after getting into an argument with him on Tuesday afternoon when he came home from their neighbor’s house.

According to Castillo, a neighbor called the police to report the incident.

Castillo narrated that the couple’s neighbors were alarmed after they heard loud screams from the house of the Duranos. A few minutes later, they came to check the house to find the husband lying lifeless on the floor.

The wife is currently detained at the Danao City jail awaiting the filing of parricide charges. /bmjo