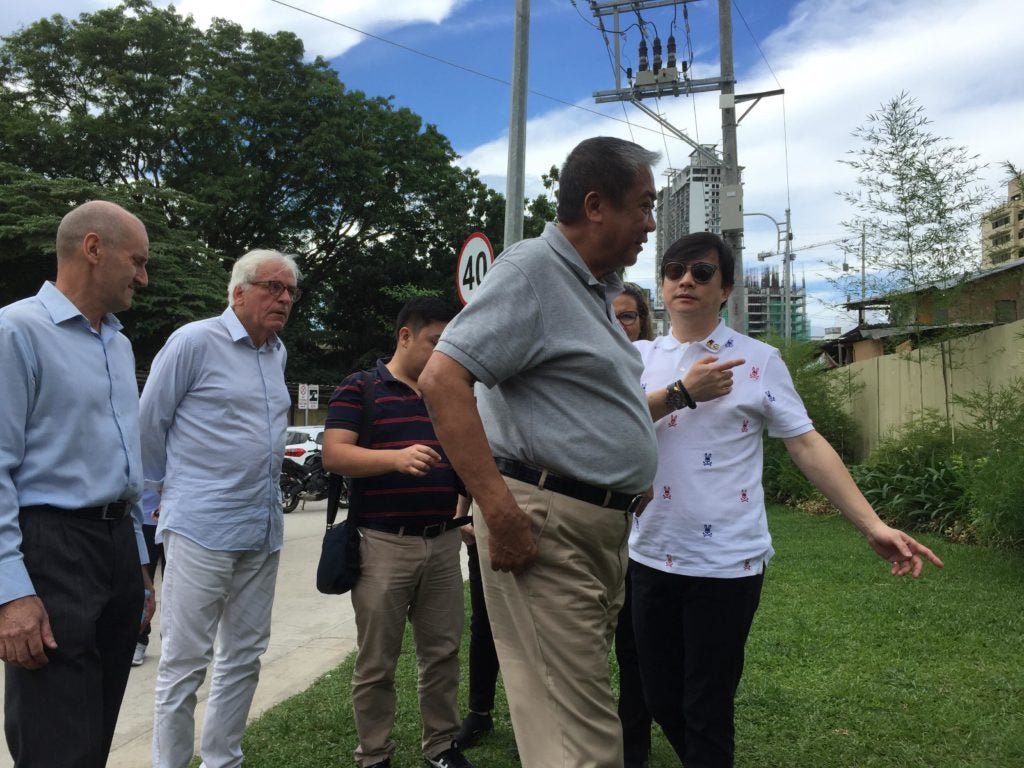 Transportation Secretary Arthur Tugade with Presidential Assistant to the Visayas Secretary Michael Dino conduct an occular inspection on the possible site for the common station of the Integrated Intermodal Transportation System (IITS) in the  Cebu IT Park in Barangay Apas, Cebu City. | Delta Dyrecka Letigio

CEBU CITY, Philippines — By 2021, the Bus Rapid Transit (BRT), cable cars and monorail that make up the Integrated Intermodal Transport System (IITS) for Metro Cebu will be up and running.

That is how the Department of Transportation (DOTr) sees the project come to ‘partial fruition.’

Read more: Neda-ICC okays BRT but as part of MCIITS

“We are all committed to make the IITS possible. We want partial operability on the BRT, on the monorail, and on the cable system by the last quarter of 2021,” said Transportation Secretary Arthur Tugade, who was in Cebu on Saturday, July 6.

Tugade made an ocular inspection on the stations of the IITS in Metro Cebu, specifically on the three cities where the IITS would operate — Cebu, Mandaue and Lapu-Lapu cities.

He also discussed with the international partners on the final designs of the IITS plans.

The DOTr is working with the World Bank and other private companies in the IITS projects, which pledged their commitment to realize the project that Tugade said would be needed by the Cebuanos.

He said he would want the Cebuanos to experience the comfort of the IITS since it had been long overdue, and President Rodrigo Duterte would want the system to be established by the end of his term.

However, Tugade said the project might well go beyond the term of Duterte as the completion of the IITS would take more than 3 years.

As of now, the DOTr and its partner agencies are already finalizing the detailed engineering design so that they can begin procuring the budget for the project, which needs to be approved by National Economic and Development Authority (Neda).

Tugade said the DOTr was targeting to have the budget for the project by late 2019 or early 2020.

For this reason, he gave a three-month deadline to the consultants to finish the engineering design.

Among the areas that Tugade visited was the site in IT Park, Barangay Apas in Cebu City, where the Common Station for the BRT, monorail, and cable cars will soon rise.

The DOTr secretary also visited the South Road Properties (SRP) where most of the depots of the IITS would be built, and where the BRT and monorail would most likely have a route.

He also checked the Osmeña Boulevard where two dedicated lanes at the center of the four-lane highway would be allotted for the BRT, while a bike lane would be established along the sidewalks.

The final stop for the ocular inspection was in in Lapu-lapu City as the monorail was expected to connect IITS from the mainland Cebu to the airport in Mactan Island.

After the ocular inspection, Tugade noticed that the passengers docking at the Cebu City ports had  difficulty in finding public transport, and so he instructed Undersecretary Mark de Leon, the Visayas Representative to the DOTr, to coordinate with Cebu Port Authority (CPA) so that they could provide transportation inside the ports possibly point-to-point transports./dbs