Fr. Rudy Romano remembered on 34th year since his disappearance 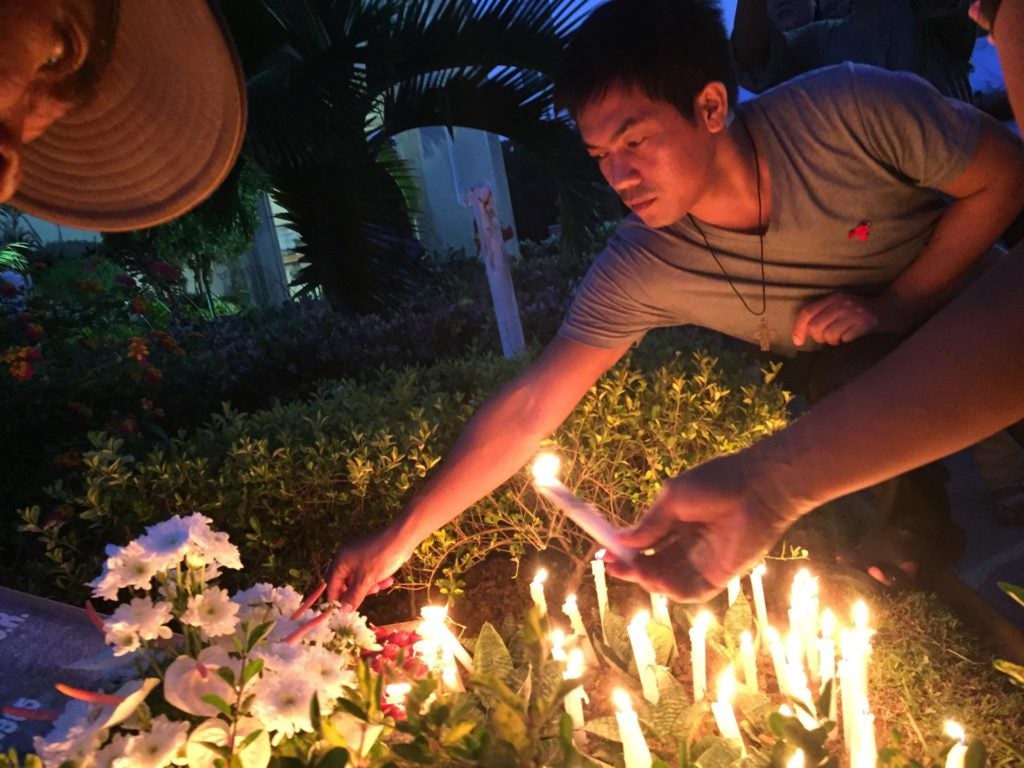 Friends and colleagues of Fr. Rudy Romano light candles and offer flowers at the marker in Redemptorist Church in Cebu City on July 11, 2019 to mark the 34th year since he was abducted by unidentified armed assailants. | Raul Constantine Tabanao

This was the description of 81-year-old Paul Rodriguez, one of the colleagues of the late Fr. Rudy Romano.

Rodriguez, together with the Redemptorist community, gathered and remembered the disappearance of the human rights advocate during the annual candle lighting at the marker in Redemptorist Church on Thursday, July 11.

Fr. Romano was abducted by unidentified armed men 34 years ago during the Marcos regime in Barangay Tisa, Cebu City.

The late Redemptorist priest has never been seen since that day.

Romano was known for his dedication to fight with the poor denouncing  human rights abuses during the Marcos administration.

([He was] loyal and warm [person]. He always wants to engage in any discussions that may link to patriotism and being a christian.) 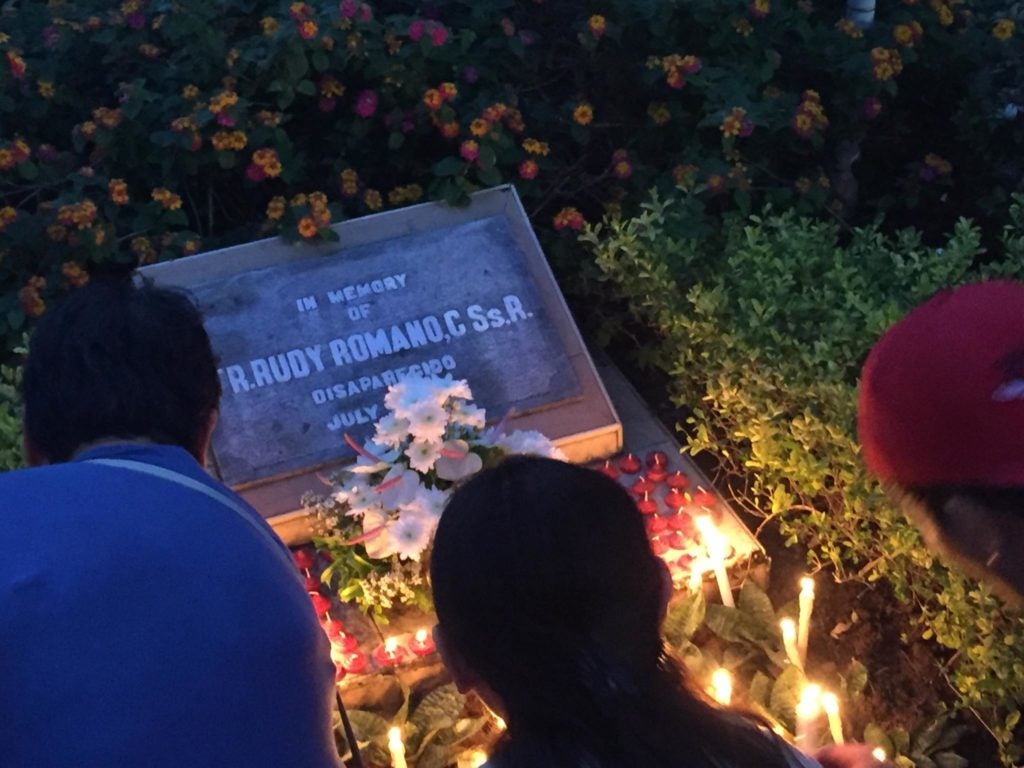 Friends and colleagues of Fr. Rudy Romano light candles and offer flowers at the marker in Redemptorist Church in Cebu City on July 11, 2019. This is to mark the day that Fr. Romano was abducted on July 11, 1985 and he has never been seen since that day. | Raul Constantine Tabanao

Rodriguez also said that he knew the late Fr. Rudy after they were together in some protest actions to fight against the Marcos administration.

Rodriguez added that he was hopeful to have another Fr. Rudy Romano who could be the voice to the poor.

(Because the challenges in time is becoming worse, for instance, the violence. Killings become a culture [and] a mean of solving problems. So, the culture of death surfaces now and until now there is still fraud [in the society])

Meanwhile, in a press statement released from the Redemptorists missionaries, the group kept their hope high that the ‘truth shall finally be revealed as to who victimized Fr. Romano.’

“We will always remember Fr. Romano and on this day, we shall find time to reflect on the meaning of his life and sacrifice,” the statement read./dbs