Labella: Concrete covers for all manholes in Cebu City 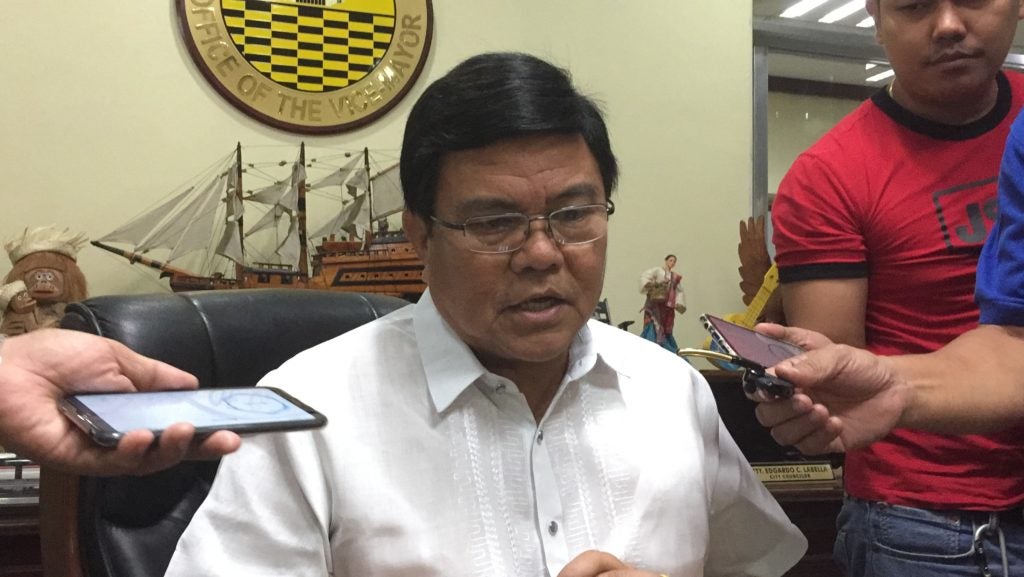 CEBU CITY, Philippines — All open manholes around Cebu City will be sealed in concrete after plans of massive dredging for all the waterways, creeks, and canals are implemented.

Cebu City Mayor Edgardo Labella said this during a press briefing on Monday, July 15, amid the fatal accident of five-year-old John Clark Ebua, who fell into a canal and was swept away by onrushing waters.

Ebua’s body was later found a kilometer away near the Tagunol Bridge.

According to Labella, the manholes in the city used to have steel covers, but some residents started stealing them and sold them to junkyards.

“What we will do is have it concrete na lang,” said Labella.

But all the unsealed manholes will be addressed after the massive dredging will be done, which they already started during the search and rescue and then retrieval operations of the body of  Ebua on Sunday, July 14, in Tagunol Bridge, Barangay Basak Pardo.

During the operation to find Ebua, the volunteers found the great amount of garbage in the waterway as a hindrance to their operation because this had made it difficult for them to notice a body or parts of a body floating on the waterway.

That was aside from the water level, which was not going down at that time.

Councilor Dave Tumulak on Sunday , July 14, 2019, already said that he had talked with the barangay officials in Basak Pardo and asked them to do something so that open manholes in the area would be covered for the meantime.

Labella also said that it would serve no purpose to find who to blame for the death of Ebua.

“Let’s stop the finger-pointing, let’s do something, let’s move on,” he said.

Meanwhile, Julie Ann Nacion, Ebua’s mother, said that he agreed with the move of Mayor Labella and the city government to have all open manholes sealed with concrete covers.

Nacion told CDN Digital during the wake of her son, John Clark Ebua, that they would only stay for three days at the  Birhen sa Regla Chapel at Sitio Paradise in Barangay Kinasang-an in Cebu City where Ebua’s wake was being held.

On Thursday, July 18, they would head to her hometown, Dumanjug, a town 73 kilometers south of Cebu City, where they would continue the wake of Ebua.

On Sunday, July 21, they would bury Ebua at the public cemetery in Barangay Bulak, Dumanjug town./dbs

Read Next
Chan, Radaza call on Año to give legal opinion on City Hall office dispute