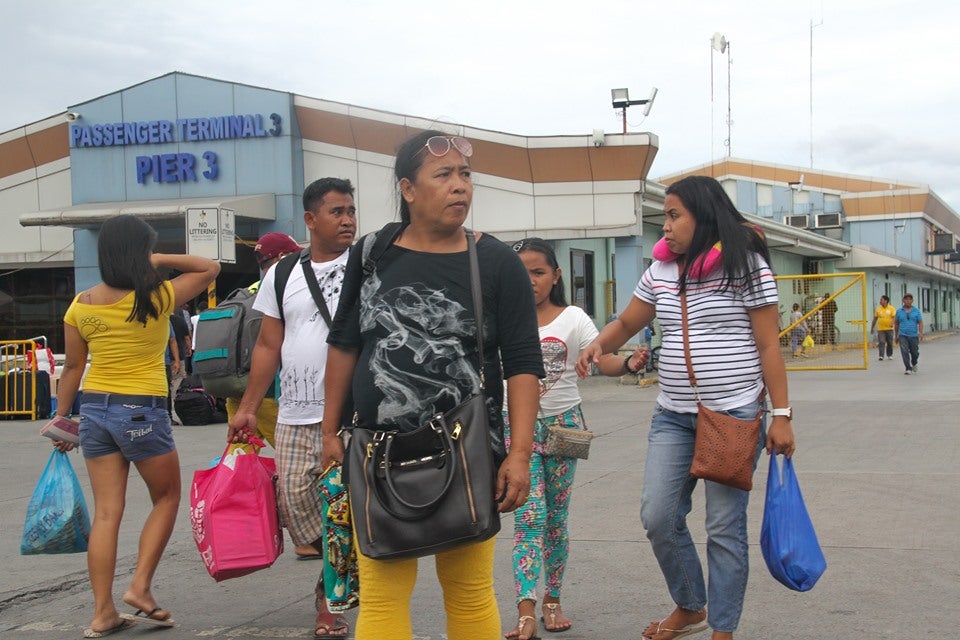 Some trips bound for Bohol and Leyte province were ordered cancelled this morning because of rough seas in these areas. /CDND File Photo

CEBU CITY, Philippines – Tuesday morning trips for Bohol and Leyte provinces have been ordered cancelled because of rough seas in these areas.

As of 11 a.m. today, July 16, the Philippine Coast Guard reported at least 37 stranded passengers that were supposedly bound for Getafe town in Bohol.

A Facebook post by the Cebu Port Authority Police -Operations Center says that the cancelled trips were supposed to leave the different ports in Cebu between 8:30 a.m. to 12 noon today.

In an advisory released at 10:43 a.m., the CPA Police – Operations Center announced the cancellation of the 11 a.m. Lite Shipping trip from Taloot in Argao town to the neighboring Bohol province. Also cancelled is the 12 noon Supercat trip bound for Ormoc and the Roble Shipping trip for Hilongos, Leyte.

Also cancelled were the 10:40 a.m. and 11:40 a.m. Ocean Jet trips for Tagbilaran City; all Clemer Lines trips and MBCA Sunriser trips bound for Getafe town all located in Bohol province.

At least 37 passengers bound for Getafe town have remained stranded at the port of Cordova in Mactan Island, he told CDN Digital.

While Tropical Depression Falcon is now headed for northern Luzon, it has intensified the southwest monsoon or Habagat that is affecting the Visayas.

Pagasa’s 3 a.m. advisory says that TD Falcon was located about 710 kilometers east of Tuguegarao and was moving westward at a speed of 30 kilometers per hour. It had a maximum sustained winds at 54 kph and gustiness of up to 65 kph.