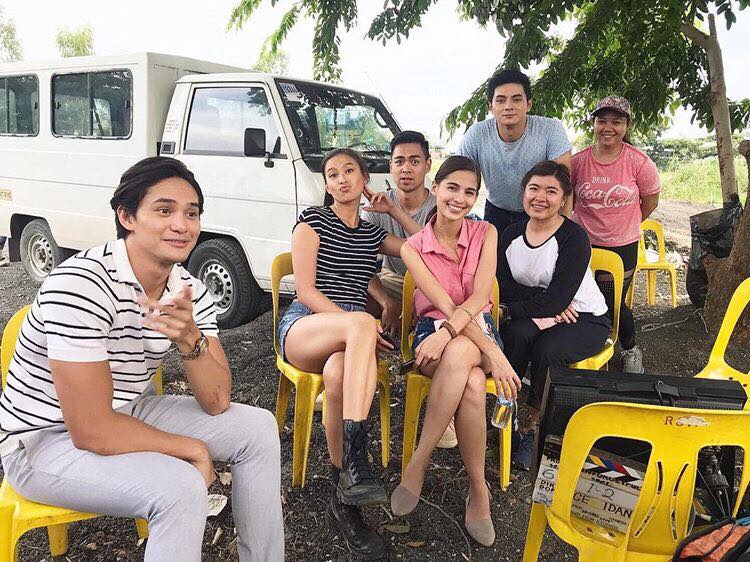 Medrano confirmed to Cebu Daily News Digital that he will play one of the best friends of Madrid in the film.

(At first, I was nervous because of the thought that they might replace me. There are a lot of actors in the industry. Thank God that even if I am not the main actor, they still chose me to be part of this project.)

The 28-year-old actor will play a character of  chic boy, bum but a good person.

“I can relate to my character kay bisan dili sa set, that is my character in real life except for being a chic boy,” he said with a laugh.

So far, there is no specific title of the project yet but Madrid and Curtis-Smith have been sharing the hashtag, #CaraXJagger on their social media accounts.

The upcoming movie will be Medrano’s second film after he was part of the 2017 horror-comedy movie, “Trip Ubusan: The Lolas vs. Zombies” movie starred by Jose Manalo, Wally Bayola, and Paolo Ballesteros.

The Cebuano actor rose to fame after winning   “That’s my Bae: Twerk It” dance contest in 2015 in “Eat Bulaga!”

Working with Jasmine and Ruru

This is the first time that Medrano is working with Curtis-Smith in a project.

(It seems that we have known each other for a long time.)

Curtis-Smith is known for the film “Siargao,” an official entry of Metro Manila Film Festival (MMFF) in 2017 where she bagged the Best Supporting Actress award.

The Kapuso actress is also the lead star of the upcoming remake of the “Descendants of the Sun” together with Dingdong Dantes and Rocco Nacino.

For Madrid, Medrano has known him because of “Sunday PinaSaya,” a Sunday variety show on GMA Network.

(We always have a happy set.)

Madrid appeared in films  “Meant To Beh” and “Felix Manalo.” He also headlined television series such as “TODA One I Love,” “Sherlock Jr.,” and “Encantadia.” /bmjo