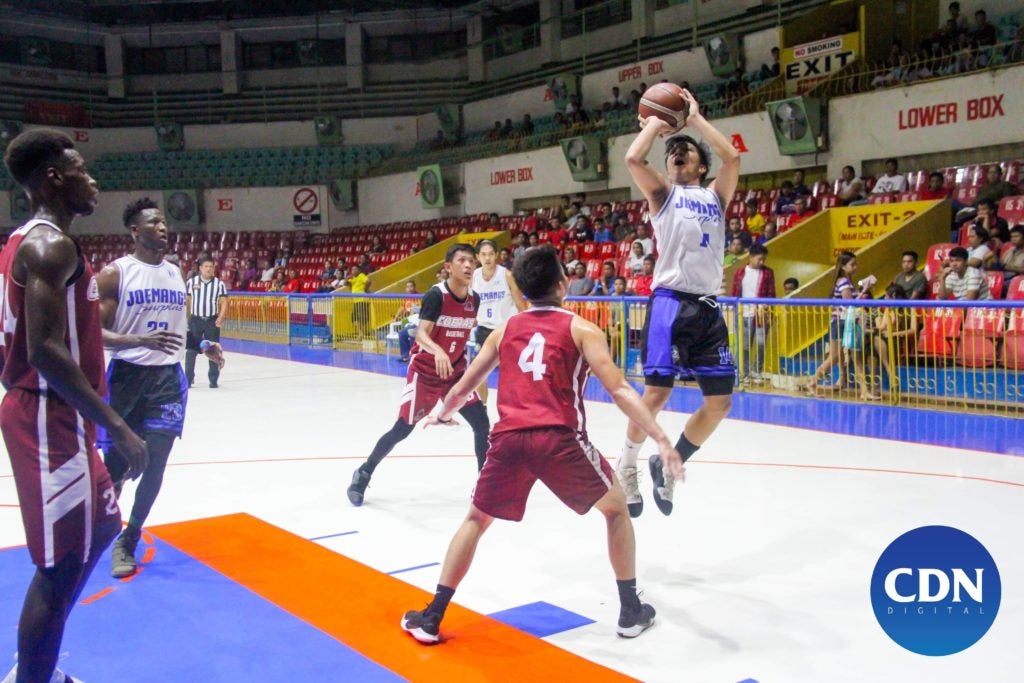 Cebu City, Philippines—The Joemangs Surplus-University of Cebu (UC)!Webmasters hung on to beat the Southwestern University (SWU)- Phinma Cobras, 83-80, in the 2019 Cesafi Partner’s Cup on Tuesday, July 23, 2019, at the Cebu Coliseum.

The win was a crucial one for UC as it placed them into a tie with the Cobras for the second spot with similar 8-3 win-loss records.

The top two finishers at the end of the elimination round will gain a twice to beat advantage in the semifinals.

Both teams still have one more game to play in the elimination round.

UC enjoyed a 67-51 advantage at the start of the fourth but nearly wasted it all away in the face of a furious comeback attempt by SWU-Phinma which sizzled behind the offensive exploits of Senegalese Lamine Thiam, Red Cachuela and Gerald Fernandez.

However, the battle-tested Webmasters leaned on their veteran savvy down the stretch to pull off the important victory.

UC and SWU-Phinma each have one game remaining on their schedule. The Cobras will face the University of the Visayas on Thursday while the Webmasters get their turn against the Green Lancers on Saturday. /bmjo

It was a disaster waiting to happen