Sinas: Raising Negros Or. cop-killers’ bounty to P3M can help in probe 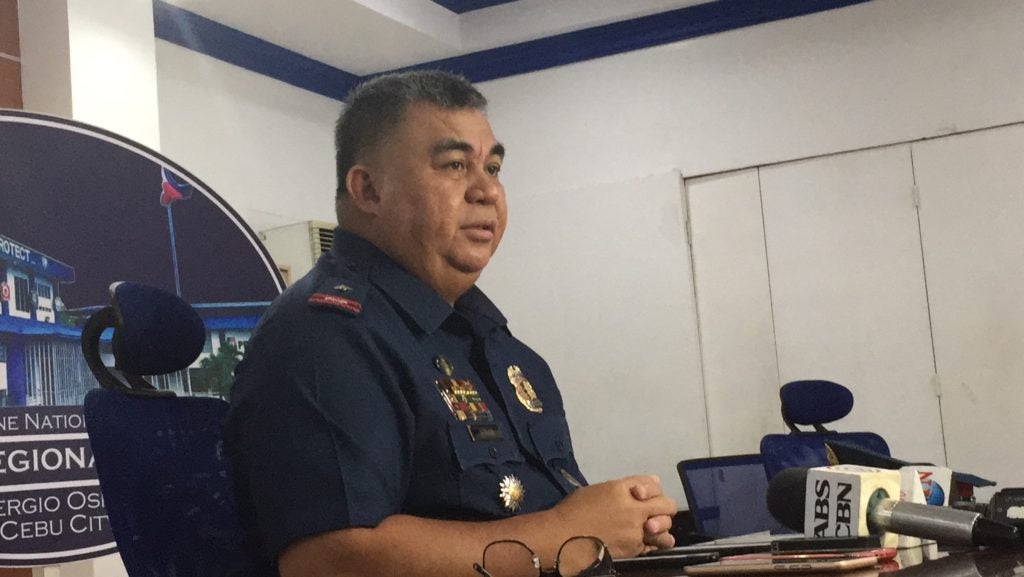 Police Brigadier General Debold Sinas,  Police Regional Office in Central Visayas (PRO-7) director, welcomes the increase in the bounty on the head of the suspects on the killing of four policemen in Negros Oriental will help make investigation faster. | Delta Dyrecka Letigio

CEBU CITY, Philippines — Increasing the bounty from P1 million to P3 million will help encourage witnesses in the killing of four police officers in Ayungon town, Negros Oriental to come out and give their statements.

Police Brigadier General Debold Sinas, Police Regional Office in Central Visayas (PRO-7) director, said this as he welcomed President Rodrigo Duterte’s announcement to raise the bounty against the killers of the police officers.

“That’s additional incentives to the agents or would-be witnesses to help (the investigation),” said Sinas.

President Duterte said in a speech in an event in Ilocos Sur on July 25 that  he wanted the head of the members of the rebel group, New Peoples Army (NPA), who killed the policemen in Ayungon town, Negros Oriental last July 18.

Aside from raising the bounty from P1 million to P3 million, Duterte said that he could raise the bounty up to even P20 million if necessary to make that the killers would be found.

Sinas said that raising the bounty against the assailants would help the investigation to go faster since witnesses would be encouraged to come out because of the reward money.

He said that having a large bounty against the culprits of a crime had been proven in many occasions to be effective.

Sinas cited the Silawan case that when the P2 million bounty was offered to anyone who could provide information on the killer that the investigation moved faster with more people cooperating as they were encouraged to come out and help because of the reward money.

Read more: 11 ‘communist’ rebels to be charged for ambush-slay of 4 cops in Negros Oriental

Follow-up operations  are being launched to find more suspects and arrest them in different parts of Negros Oriental, the details of which Sinas could not reveal.

Sinas revealed that some of the rebels who attacked the policemen were not actually striking forces of the NPA, but some of them were “militia ng bayan” or organizers in Ayungon town.

He encouraged witnesses to give their statements and help the police in finding the locations of the suspects to arrest them./dbs

Read Next
CVFA: Goal is to finish top two after first round