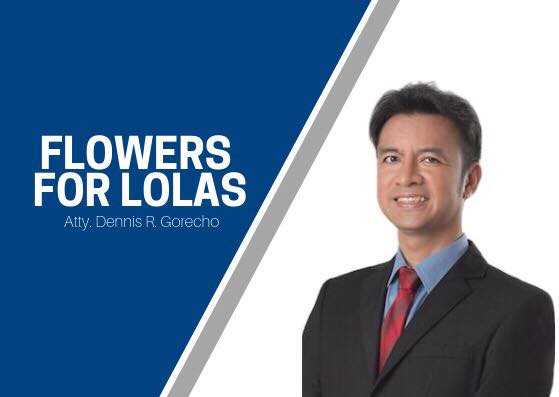 The Bahay na Pula in San Ildefonso, Bulacan, with its red walls almost gone, still stands as a house with a dark and painful history.

Red is a very emotionally intense color of fire and blood as it is associated with war, death and danger.

Built in 1929, it is a big, ancient two-floor house owned by the Ilusorio family standing solitary on a hacienda with tall, huge tamarind, camachile and duhat trees that grew around it.

It was made largely out of wood and painted red on the outside, giving it its name.

Lola Lita Vinuya, 80 years old, narrated to the group Flowers for Lolas the wartime ordeal they suffered during the Second World War.

Communities were bombed, houses were looted and burned.

Filipino guerillas caught by the soldiers were starved, tied together, then burned alive.

Women were forced to watch under the sun the men and boys being publicly tortured, mutilated, and slaughtered by the Japanese army. Their sexual organs were severed and forced nto the mouths of the victims. When the massacre was over, the corpses were thrown into a large pit and set ablaze.

The women were then ordered to walk to the Bahay na Pula in San Ildefonso, Bulacan which became a barracks where they became victims of military sexual violence and slavery. Upon reaching the mansion, the soldiers dragged the women, ranging from 13 to early 20s, into dark rooms and took turns raping them.

Japanese soldiers systematically raped the women as part of the destruction of the village.

Worse, some of the women were taken to San Miguel, Bulacan where they were imprisoned for at least three months at the “comfort stations.”

As a result of the actions of their Japanese tormentors, the victims have spent their lives in misery, having endured physical injuries, pain and disability, and mental and emotional suffering.

The women broke their silence in August 1996, four years after Maria Rosa Luna Henson made public her ordeal as a “comfort woman.”

The Malaya Lolas was then established, which initially had 90 members. Sadly, more than two decades later, their present number dwindled to 29 due to deaths of its members.

The Malaya Lolas claim that since 1998, they have approached the Executive Department through the DOJ, DFA, and OSG, requesting assistance in filing a claim against the Japanese officials and military officers who ordered the establishment of the “comfort women” stations in the Philippines.

However, officials of the Executive Department declined to assist the Malaya Lolas, and took the position that the individual claims of the comfort women for compensation had already been fully satisfied by Japan’s compliance with the Peace Treaty between the Philippines and Japan.

In 2014, the Supreme Court finally denied the petition filed by Malaya Lola to declare the Philippine government guilty of grave abuse of discretion for refusing to espouse their claims for war crimes and crimes against humanity.

The Court ruled that while it commiserates with the sufferings of the women of Mapanique, this, allegedly, is one instance where there is a violation of right but bereft of a legal remedy. The Court also said that while rape is prohibited, there is no non-derogable obligation to investigate, prosecute and punish those who committed mass rape as a war crime.

The women are still hoping in their quest for justice.

A statue of a Filipina comfort woman along Baywalk, Roxas Boulevard in Manila was removed on April 27, 2018 by the Department of Public Works and HighwaysÂ (DPWH) allegedly for a drainage improvement project.

Issues of historical revisionism and the government’s submission to Japanese policy were raised by concerned groups led by the Flowers for Lolas as they condemned the removal of the statue. President Duterte earlier remarked the state would not want to “antagonize” other countries. 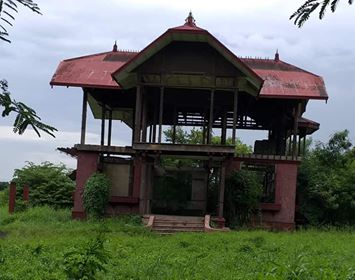 At present, the Bahay na Pula has been stripped of its narra floors and walls, as well as its wrought-iron windows and doors.  Still, the memories of the horrors inside the house remained fresh for the women.

Read Next
No more fights for Pacquiao for the year