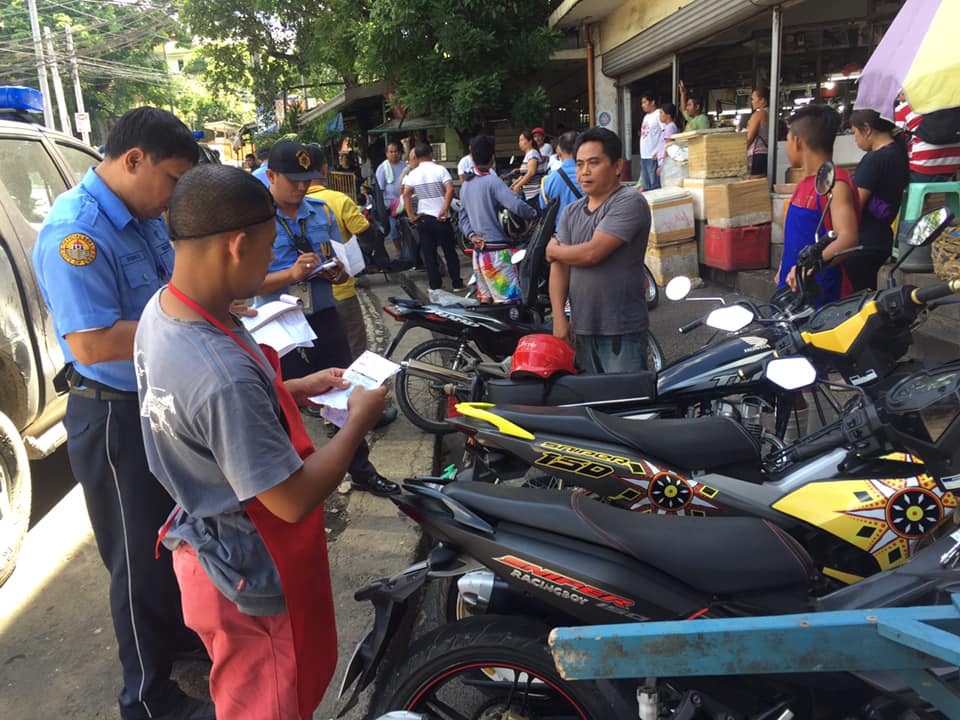 Andres Bayarcal, CCTO operations chief, said that since Mayor Edgardo Labella assumed office on July 1, they have been conducting daily clearing operations to rid city streets of obstruction that contributes to its worsening congestion problems.

Their operations, he said, are also in compliance with the directive of President Rodrigo Duterte to clear city streets of obstruction.  Duterte is giving local government units 60 days to heed his order.

Bayarcal said that majority of the 400 motorists were cited for parking on the sidewalks and for leaving their motorcycles unattended.  These violations may be fined from P500 to P1, 000.

However, he clarified that they no longer impound vehicles of motorists cited for traffic violations.  They only deposit unattended motorcycles to the CCTO office while they wait for its owners to appear and be issued with the appropriate citation tickets.

This morning, July 30, CCTO issued 30 citation tickets to owners of vehicle and motorcycles that were illegally parked on the roads of Sitio Maracas in Barangay Lahug.

(We did really intent to implement a clearing operation in the area then. We just went after illegally parked motorcycles and the road ended up being clean.)

Bayarcal said that when they visited Maracas this morning, they saw several illegally parked motorcycles.  They issued the drivers with citation tickets for several violations including their lack of helmet and for driving without license. Some of the motorcycle drivers were also found to only be wearing slippers.

Aside from their clearing operations, Bayarcal said that they also do random inspections of the drivers licenses to make sure that these motorcycle drivers are fit to travel and possess proper registration.

CCTO, he said, will also be stricter in the implementation of traffic rules that will include the observance of the red light, no u-turn, no stopping, and no parking on main thoroughfares.

Bayarcal said the motorists seem to have already forgotten these basic rules.  They wanted to remind motorists of these regulations as a means to reduce traffic congestion in Cebu City.