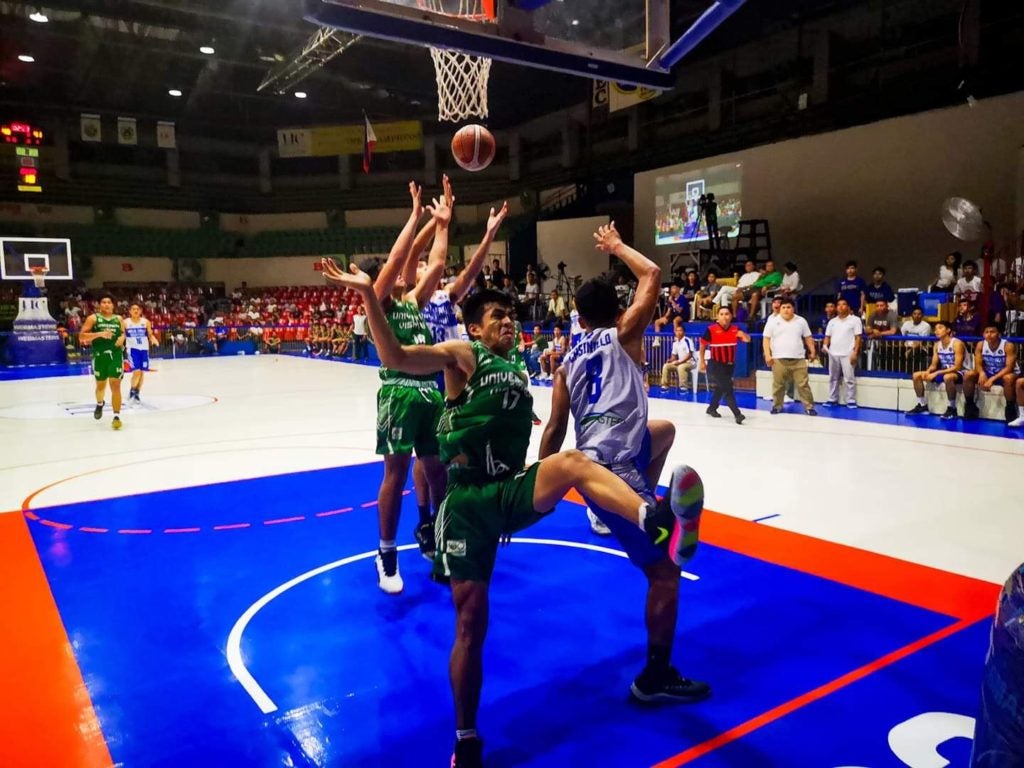 Cebu City, Philippines—The Cebu Landmasters-SHS-Ateneo de Cebu Magis Eagles made their way to the finals in dominant fashion, after they took down the top-seeded ARQ-University of the Visayas (UV) Baby Lancers, 69-57, in their rubbermatch in the semifinals of the 2019 Cesafi Partner’s Cup on Thursday, August 1, 2019, at the Cebu Coliseum.

The Magis Eagles, however, do not have long to lick their wounds as they face off against the University of San Jose-Recoletos (USJ-R) Baby Jaguars in Game 1 of the finals on Friday, August 2, 2019, at 5:30 p.m. at the same venue.

Ateneo de Cebu found themselves in deep trouble early on as the University of the Visayas started the game with guns blazing and led, 15-4.

However, the Magis Eagles quickly found their bearings and fought right back behind the timely makes of Mike Boniel, Ariel Dinglasan and Jhoernel Tangkay that fueled a 32-17 run that shoved Ateneo de Cebu in front, 36-32, at halftime.

The Magis Eagles then stepped on the gas pedal some more with Boniel scoring an and-one off a nifty drive along the baseline to give them a 53-41 lead near the end of the third canto. A triple by LA Casinillo at the halfway mark of the fourth extended Ateneo de Cebu’s lead to 14, 65-51.

UV cut the deficit to 10 but could not come any closer as layups by Dinglasan and Justin Maglasang with 1:36 to go sealed the victory for Ateneo de Cebu.

Boniel was the lone player to reach double-figures for Ateneo de Cebu with 17 points but four others managed to put up between eight and seven points.

UV got 13 points from Zylle Cabellon and 12 each from Franzel Basalo and Fritz Banzon. However, the team suffered greatly from the measly six-point performance of ace guard Albert Sacayan. /bmjo