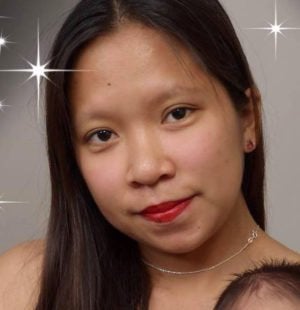 ARLINGTON, Texas — Investigators believe a 66-year-old Dallas-area man killed his estranged 24-year-old wife and stored her body in a freezer before taking his own life.

Arlington police on Monday located the bodies of Edward Rogers Jr. and Alyssa Marie Mejia Rogers in the house they once shared. An affidavit says a friend told police that Rogers on Sunday showed him the body in the freezer where he still lived.

The friend told police the retired machinist had confided in him about killing his wife, even grabbing the remains, smirking, and remarking that they were cold.

Police are investigating the deaths as a murder-suicide. A medical examiner determined Rogers shot himself. Cause of the death was pending for the wife as police try to determine when she died.

The Fort Worth Star-Telegram reports the couple met online — she was from the Philippines — and they married two years ago. Rogers killed his Filipina wife and stored her body in a freezer before killing himself.

The couple was going through a divorce, according to a friend who told police he had seen a body, in the freezer at the house.

The discovery of the deaths did not surprise some people who knew 66-year-old Edward Rogers, who had a long history of violence, according to CBS11.

Court records show Alyssa Rogers had a protective order against her husband. He was scheduled to be sentenced in August for assaulting her.

Estranged family said he had threatened to kill his young son and ex-mother in law.

And in 2006, he pleaded guilty to manslaughter, for the death of a man and was charged with murder.

Police believe a baby the couple had together is with family overseas.

Arlington Police had been to the home several times, including a call for injury to a child.

Roger’s ex-wife and mother-in-law said he had another young son, who left the home last year, after repeated violent incidents.

Police had responded to disturbance calls at the home.