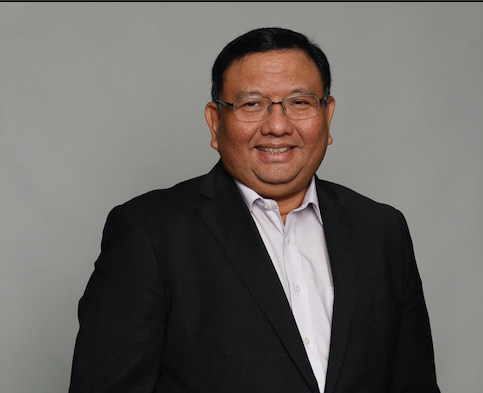 MAKATI CITY, Philippines — Cebuano leader Jose Rene Gregory D. Almendras will be back as president of Manila Water, a position that he held 10 years ago prior to joining the Philippine government in June 2010.

This was formally disclosed to the Securities and Exchange Commission on Friday, August 9.

Jaime Augusto Zobel de Ayala, chairman and chief executive officer of Ayala Corporation, also confirmed the news in a press conference on the same day at the New World Hotel Makati after the morning session of the Ayala-organized Integrated Corporate Governance, Risk Management and Sustainability Summit.

The statement said that Almendras was the company’s president and chief operating officer since March 30, 2009 until he left the post in June 2010 when the administration under former President Benigno Simeon Aquino III appointed him as Energy Secretary.

He later became Cabinet Secretary and then, Foreign Affairs Secretary.

“It was during his (Almendras) time when the Company achieved 100% customer satisfaction rating,” the statement reads.

“He was instrumental for the expansion and growth of the Company beyond the East Zone,” the statement further reports.

In the disclosure signed by Corporate Secretary Solomon Hermosura, Almendras’ term was credited for Manila Water’s award as one of the Best Managed Companies in Asia, the Best in Corporate Governance, one of the Greenest Companies in the Philippines, and being  hailed as the world’s Most Efficient Water Company.

The statement also said that the Almendras was recognized in 2011 by the World Economic Forum as the new Sustainability Champion for his efforts as president of the company.

Almendras served as president of Cebu Holdings Inc. from 2001 to 2005.

He is the youngest brother of former Vice Governor Agnes Almendras Magpale.