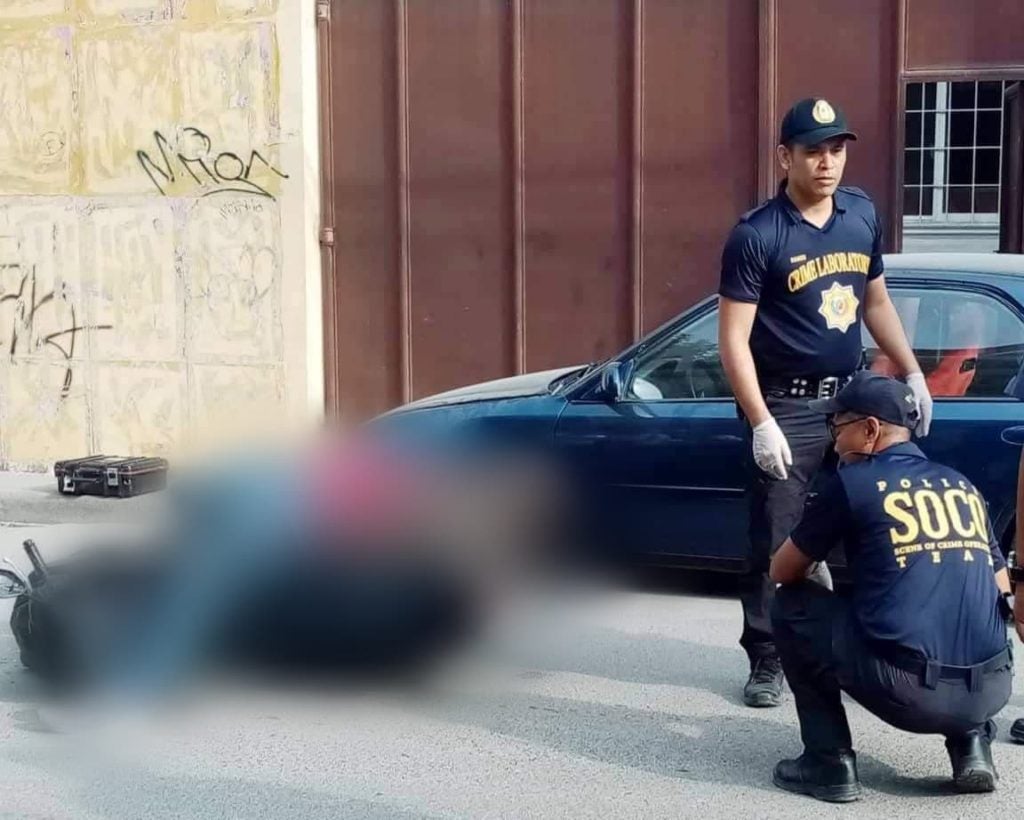 CEBU CITY, Philippines — A police corporal who went on AWOL  last year was killed after allegedly robbing a security guard, who was also wounded in the same incident, at  Teresita Village, Barangay Tisa, Cebu City,  at around 2:30 p.m. today, August 13, 2019.
Police Major Henrix Bancoleta, Labangon Police Station chief,  identified the slain policeman as  Jobie Libradilla Antipolo, based on the identification card found in his pocket.
Antipolo held the rank of PO2 (Police Officer 2, now police corporal) and was assigned at the Cebu Police Provincial Office when he went absence without leave (AWOL) in 2018, Bancoleta said.
Initial police investigation showed that Antipolo, along with a cohort,  fired a shot at Edwin Velos, a security officer of the Sarsalejo Security Agency who was passing in the area driving a motorcycle and carrying with him P500,000 intended for the salary of the agency’s security guards.
When Velos was hit and fell on the ground, Antipolo and his unidentified cohort boarded Velos’ motorcycle, with Antipolo as the back rider.  The duo were just about a hundred meters from where Velos fell when shots rang out, hitting  Antipolo and his cohort. This caused the motorcycle to swerve and eventually fall on the ground, taking the two riders along.
Antipolo’s cohort, while wounded, immediately escaped on foot, leaving Antipolo behind still stuck at the back of the downed motorcycle.
Antipolo was already dead when the authorities arrived in the area, Bancoleta said.
He said they were still determining who shot Antipolo and his cohort.
Bancoleta, however, said there were indications that a fourth person was involved in the shooting incident.
According to Bancoleta, Velos was carrying at least P500,000 in cash placed inside his motorcycle’s u-box. Velos was on his way to Deca Homes in Barangay Tisa, Cebu City to give the salary of the security guards under their agency.
Bancoleta confirmed that Antipolo went AWOL from service since 2018.
He said the police were now searching for Antipolo’s wounded cohort and the fourth persons believed to be involved in the incident.
Velos, on the other hand,  was admitted to and is now recuperating at the Chong Hua Hospital in uptown Cebu City, he added./elb

Read Next
Tim Reed: Cebu crowd was the best